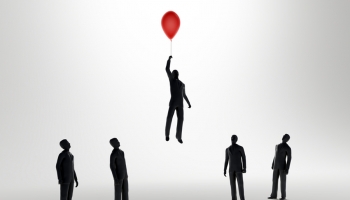 By Friday morning, smaller banks were already helping the Treasury Department process almost $1 billion in small business loans, and the top four banks had yet to start.

Soon, the bigger banks followed with Bank of America processing more than 10,000 loans. JP Morgan was off to a slower start, warning customers via email that it was not able to receive applications, but by noon the website was up and running. Wells Fargo and Citigroup were still not ready to process the loans as of late Friday afternoon.

In the defense of the larger banks, the federal guidelines were unclear as it initially seemed to executives at the larger banks that they would be responsible if there was widespread fraud in the loan application process.

While smaller banks were processing loans, America’s largest banks were considering a widespread virtual walkout, threatening not to process the loans until language was modified in the policy. The larger banks process a disproportionate number of businesses on the larger end of the small business sector, which makes up 50% of America’s workforce.

While congress had approved the $2 trillion stimulus package, banks and customers were confused and consumers complained that they could not get through for further guidance. JP Morgan Chase Inc. sent out frequent emails to customers making it clear that they would not even receive any phone calls with regards to the small business loan program.

While regional banks were embracing small business loans, the United States government sparred with the top four regarding the program as larger banks did not show enthusiasm despite receiving unprecedented aid in previous weeks.

The banks, including Bank of America, stated that it would handle its own clients first before considering new loan applications drawing outrage from lawmakers. While the law did not state that present customers should receive precedent, the banks argued that it also did not state that they could not give preference to present clients.

While larger banks are still processing the loans, a growing concern is that the loans do not go far enough as they are only to cover 2 ½ months of payroll on average. If the nationwide shutdown lasts longer than April, it may not be enough for small businesses to continue to pay its workers.