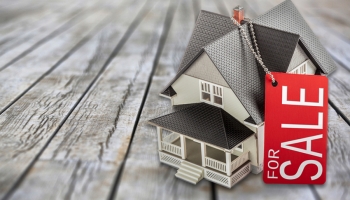 The January 2020 HPSI, which comprised responses from just over 1,000 Americans, rose for the third consecutive month, increasing 1.3 points from December 2019 to 93.0, close to the survey high of 93.8 set last year.

The jump is attributed to net increases in four of the six HPSI indicators: mortgage rate outlook, buying conditions, selling conditions, and outlook for house prices. The other two components — job loss concern and change in household income, decreased marginally.

Year-on-year, the HPSI is up 8.3 points, reflecting consumers' increasingly positive view that it's a good time to both buy and sell a home.

“The HPSI posted another strong reading to open the new year, helped in large part by the upward trend in the share of consumers saying they expect mortgage rates to remain steady,” said Doug Duncan, senior vice president and chief economist at Fannie Mae.

“Low rates continue to be a key driver of consumer optimism about both current homebuying and home-selling conditions.”

Mr Duncan explained that more Americans are now upbeat about job security and the state of their personal finances, which has also been a driver of housing demand.

The net share of Americans who say home prices will go up increased one percentage point to 41 per cent, continuing the increase from last month.

Those who believe mortgage rates will go down in the next 12 months remained the same in January at 7%, while those who expect mortgage rates to go up decreased from 39% to 33%.

Fannie Mae’s latest poll comes as a separate survey from Realtor.com showed housing supply in the US has sunk to its lowest level since the company began tracking the data in 2012.

According to its January Monthly Housing Trends Report, national housing inventory declined 13.6 per cent in January, the steepest year-on-year decrease in more than four years, while the average listing price rose 3.4 per cent to $300,000, setting the stage for a competitive homebuying season.

The decline amounted to a national loss of 164,000 listings, tightening the grip of the housing shortage plaguing the US.

“This is a challenging sign for the large numbers of Millennial and Gen Z buyers coming into the housing market this homebuying season as it implies the potential for rising prices and fast-selling homes—a competitive market.”

Ms Hale acknowledged that certain parts of the US had seen inventory decrease more than others, citing San Jose in Northern California, as declining by around 40 per cent month on month.