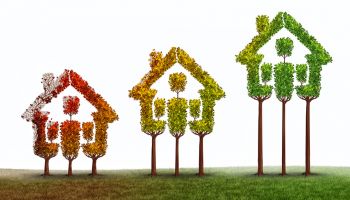 The United States home market is showing sustainable signs of growth as home sales grew over the last sixty days faster than it has in more than a decade. Interest rate cuts and steady wage growth were said to be the catalysts while tight supply helped sustain pricing. Existing home sales also increased in October and residential starts rose faster than in any other time this decade.

Housing prices had been slowing in the past year, but according to a Standard and Poors report prices are stabilizing and could rise sharply in the coming months. Twenty core United States cities showed more than two percent growth year over year.

While the heyday of home purchases once reached almost twice what it is pacing now, the market is gaining momentum. The area of the country with the highest growth was the Midwest, beating estimates. Housing starts grew to more than 250,000 for homes bought before building started, also showing signs of strength. The Northeast and Southern areas of the country trailed the western part of the country and in some places actually showed a slight decline.

Interest rates rose on Friday, but it was the first increase since the first week in November and was a fractional change. The rates have steadily fallen throughout the month, which has added up to a substantial decrease. Friday’s move is not likely to be the beginning of a trend unless there is substantial economic news to change the outcome.

The prediction by most analysts is that the rates will stay steady. Home owners with adjustable rate mortgages that change on an annual basis are receiving good news in the mail as the ARMs will drop for 2020 monthly payments.

Few experts are predicting a spike in prices like the one that began in the middle of the 1990’s and carried on for more than a decade, but then few people predicted that type of rise then either. If interest rates stay low, it is likely the residential real estate market will have healthy growth.

Ironically, commercial real estate has continued to rise for a number of years with no foreseeable slow down.