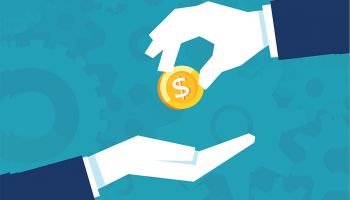 One of the keys for any bank to keep and attract talent is to analyze compensation packages with competitors. This does not mean the best thing to do is pay more than the competitors, but to make sure that your bank is at least comparable, and then build a more appealing overall environment. Here are tow tips on how to do this:

The company Kellogg tracks their competitors’ but with two peer groups, one for performance and one for compensation. The people that the bank may want to attract may go beyond the direct competitors due to the overall job market, especially when it comes to technology hires. For instance, there was atime in which General Motors went from being one of the more sought after companies to work for, to competing with Silicon Valley companies for the best engineer graduates. If the company wanted to stay competitive with compensation, the peer group in that case for compensation would have to be measured by the types of companies they were competing with for the employees they would wish to hire. However, once the employees came to General Motors, the type of companies they compete with on company performance would be very different. It would not make sense to benchmark their performance against Silicon Valley.

Attracting talent by compensation can be different than measuring performance. The bank may want to attract the type of employee that might be looking into other industries beyond their specific sector. Additionally, CEO’s and other top executives such as Chief Financial Officers are often recruited from outside a specific sector. In the case of CFO’s, the job may not be as specific to the banking industry but may be more focused on the function that could be similar to many publicly traded companies. As a human resource head, you would want two separate sets of peers because you would want to stay competitive at the executive level beyond the banking industry, and to also recruit some of the best people across the board. Company size within the bank’s region might make as much as sense as the banks in the area depending on the position.

In the case of Kellogg, it would seem that the company is more interested in external equity, and perhaps rightfully so. When focusing on compensation, Kellogg targets the 50thpercentile externally on compensation such as base pay. They simply set up the the company up to be equal with other similar companies. The company also benchmarks their compensation for performance against similar companies so that the overall compensation structure is congruent with industry trends. However, this also allows for more flexibility to reward top performers internally. Without increasing the average cost per employee to the 75thpercentile, it allows the company to reward the employees that really stand out by keeping costs reasonable.

It seems self evident to make they make sure the top executives’ compensation reflects long term interest in the company’s performance between stock options, and requirements for holding a large percentage of the executives’ net worth in company stock. Banks have some real potential liability issues and thus it is important to emphasize corporate responsibility even in compensation programs. In benchmarking compensation, it is also important to include some of the more appealing industries in the mix in order to benchmark the 50th percentile for executives. If a specific industry is not necessarily getting the best talent due to the changes in the economy, for instance, it would be worth using a broader analysis of what is happening more generally in the business climate. If an industry is underperforming, peer benchmarking by market sector may negatively impact the quality of talent that is attracted.