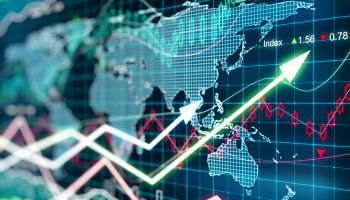 Will we be bidding farewell to zero interest rate policy worldwide soon?

The following update is adapted from FirstLine, LLC's client newsletter.

For close to ten years we have lived in a world of close to zero interest rates in our largest global economies. The U.S., U.K., E.U., Japan, and Canada have maintained an easy monetary policy in the hope of spurring on growth and helping their economies rebound after the global financial crisis.

Thankfully, that appears to be in the early stages of ending. (I never liked the acronym ZIRP* anyway.)

The U.S., the largest global economy, has already begun pushing rates higher, and while many market participants doubt the conviction of Federal Reserve Board Chair Janet Yellen and the Fed to continue to push rates even further, I think Yellen is committed to normalizing rates. While it may be gradual and cautious, it is certainly the direction we are headed.

Until recently I have maintained a view that the U.S. stood alone in the hawkish tone and policy adjustment, but I think the tide is changing and we are beginning to see signs of the end of zero rates globally.

While my view was that the Euro Zone and U.K. economies would remain weak for at least another year, and that the U.S. rates would rise independently, the heads of the respective central banks are singing—and beginning to act—a different tune.

The currency market reaction was justified based on those comments and we saw the Euro and Pound both rise as a result.

Canada has gotten into the mix recently, raising rates July 12 for the first time since 2010.

Technically, the Pound has finally filled a gap from its collapse last September when it went from 1.30 to 1.21. Many could say we will continue to rally, but I think that there is a very bumpy road ahead for the U.K. and Brexit, and this move higher in the Pound is temporary.

For the Euro, the rally was driven partly by positive economic data, but mostly by Draghi comments and negative U.S. Dollar sentiment, rather than positive Euro sentiment. Draghi has a long history of comments that have no follow-through. While he may have made hawkish comments recently, they were comments only.

The ECB is a very large tanker in the ocean and turning it around will take some time—and a captain that is ready to turn it around. Draghi is not ready yet, by my read. Other than Germany, most Euro Zone economies remain weak. The interest rate differentials between the U.S. and E.U. should favor a stronger Dollar and I think the Euro will resume its move lower after this very temporary rally.

Japan clearly stands alone in this discussion. With no plans or talks of raising rates in the near or distant future, the Yen should and will once again become the currency of choice for funding all other long currency positions. The Yen will remain weak due to this shift in positioning.

With regards to the final piece of this puzzle, volatility. Over the last month we have seen a small rise in volatility, but nothing to get too excited about. As you see in the graph above, EUR and GBP volatility are slightly higher, but relative to the last two years we are still fairly low.

This recent move is attributed almost entirely to the central bank comments, and will not maintain its upward momentum. The only real driver of volatility over the coming months will be lack of liquidity as we head further into summer. 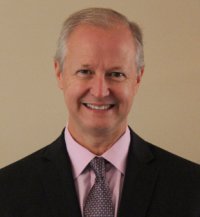 Jason Leinwand is the founder and CEO of FirstLine FX, a foreign currency advisory firm. He has nearly 30 years of experience as a trader and global markets strategist in the currency markets. FirstLine FX was founded with the express purpose of providing independent, strategic advice on the foreign exchange markets. Prior to founding FirstLine, Jason held various senior positons in the FX markets including nine years as head of FX for MetLife. He can be reached at [email protected]