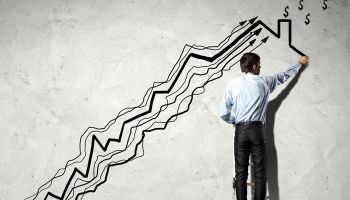 Ezra Becker has been watching consumer credit for TransUnion for some time—before, during, and now after the toughest recession many living consumers have seen. And Becker, vice-president of research and consulting, is in a very upbeat mood.

Taking an overall view of key consumer credit sectors, Becker, in a recent interview, ticked off trends both lenders and borrowers can be thankful for:

• Consumers, even those with less-than-pristine credit, are receiving access to credit, and they are using it—and doing so responsibly.

• Delinquency levels are at historic lows.

Becker made these observations as TransUnion, in multiple announcements, gave its forecasts for credit in three key areas: mortgage lending, credit cards, and auto lending.

“Lending is all about balance,” said Becker. “It’s not about minimizing delinquencies.” The safest loan is the loan never made, he noted, but that doesn’t do anything for anybody. “It’s all about lenders balancing all the competing parameters,” he said, ranging from a bank’s own comfort levels to regulators’ view of lenders’ behavior in a given economic environment.

TransUnion’s forecasts are based on anticipation of relatively low interest rates continuing through 2015—bolstered by the Federal Reserve’s recent indication of “patience” on market rate increases—and for unemployment rates to continue falling.

Here are TransUnion’s findings and forecasts in the three key consumer credit areas:

Credit trends are a movie, not a snapshot, and Becker indicated it is important to remember recent history and the present when assessing the future.

And the mortgage business has been coming back under very different circumstances, due to the massive reworking of mortgage lending rules under the Dodd-Frank Act. The imposition of the Consumer Financial Protection Bureau’s ability to repay (ATR)  standards and its “qualified mortgage” (QM) framework marked a significant shift in the playing field.

Becker noted that there are 10 million fewer mortgages on the books today, compared to pre-recession levels.

With two bump-ups in 2011, mortgage delinquency rates broadly fell steadily since the peak. The TransUnion forecast for yearend 2015 would entail four consecutive years of quarterly decreases.

Indications are that, for the time being, the mortgage sector is headed toward something of a “new normal.” TransUnion points out in its analysis that the historic norm for mortgage delinquencies had been in the range of 1.5%-2%. So, the fall projected is carrying rates near historic normal levels, but not quite to those levels.

“We’re at the doorstep of normal levels,” said Becker.

Becker noted that the mortgage business continues to function on two tiers. Post-recession mortgages have been “squeaky clean,” Becker pointed out, while recession-era foreclosures continue to work their way through the legal pipeline.

Going beyond the official company forecast, Becker said those aged cases could be cleared out of the system by the end of 2016, or partially into 2017. That’s assuming that they continue to be resolved at the current rate.

This clearing out has continued through various moratoria on foreclosures and efforts to resolve mortgage problems through government and secondary market agency programs, and lenders’ own efforts, and the funnel of the legal system, which can only process so much at a time.

Contributing to the current environment, in addition to the regulatory changes cited earlier, are two other factors, according to TransUnion: a trend of appreciating home values and a return by consumers to prioritizing their mortgage payments.

View a TransUnion infographic on mortgages

TransUnion’s story for credit card delinquencies is one of steadiness from now to yearend 2015. Between 2007 and 2013, the company said, the card delinquency rate—consumers 90 days or more behind on at least one card—averaged, in the fourth quarter of each year, 2.25%.

Becker said that these projections reflect continuing strong performance in the card sector over several years. He noted that these rates are at historically low levels.

While consumers now demonstrate a return to putting their mortgage first, Becker added, credit card issuers are enjoying a residual effect from the recession. During the slump many borrowers prioritized their cards, according to past TransUnion research, consumers seeing the card lines of credit as a buffer for economic survival in the event of a job loss, and thus a relationship to be preserved at all costs.

“Those are extraordinarily low numbers,” said Becker. He said that issuers are issuing new cards, though not at the rate seen pre-recession.

TransUnion found that subprime lending in cards has grown, but at a low rate and without a material impact on credit card delinquency trends.

This comes at a time when auto loan debt has continued to rise steadily. TransUnion expects average auto debt to rise to $18,244 by the end of 2015, which would mean 19 consecutive quarterly increases. Outstanding auto debt came to $14,954 in the first quarter of 2011.

Auto loan debt delinquency rates—for this credit, delinquency begins at 60 days or more past due—tends to bounce around somewhat more than other debt measures, according to TransUnion records.

“We expect the auto loan market to continue to perform exceptionally well in 2015, with more sales leading to continued increases in auto loan debt per borrower as the national portfolio gets younger on average,” said Peter Turek, automotive vice-president in the company’s financial services unit.

Turek said that employment, expected to continue to improve, is a strong leading influence on auto borrowing.

Turek noted that while delinquencies will climb beyond levels in 2010, “we are still far off the peaks observed in 2008 and 2009 when delinquencies were more than 30 basis points higher.”

However, subprime’s share of the market has been “muted,” in TransUnion’s words, during this period; it represented 14%-15% of the market, versus a peak of 22% in 2009. This has been while the number of auto loan accounts has risen significantly.

“The auto loan market has been especially strong for lenders, as much of the growth observed in the last few years has come from prime or better risk tiers,” Turek said. “There is room for growth in the subprime sector as evidenced by more competition.”