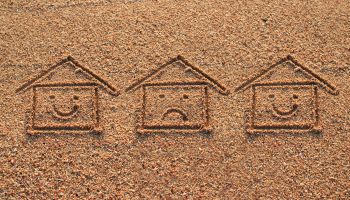 How are Americans doing now that the recession is past and the economy on the mend?

• 34% say they are doing somewhat worse—or even much worse—than before the recession.

• 34% said their financial condition remained unchanged through the recession to date.

• 30% said they were doing somewhat or much better.

These figures come from the Federal Reserve’s Report on the Economic Well-Being of U.S. Households in 2013, a new addition to the consumer surveys conducted by the central bank. The report, issued in July, was based on polling that took place in September 2013. The research was intended to provide a picture of American households, many of which “have been tested by the Great Recession,” according to the report.

“Given that respondents were being asked to compare their incomes to 2008, when the United States was in the depths of the financial crisis, the fact that over two-thirds of respondents reported being the same or worse off financially highlights the uneven nature of the recovery,” the Fed staff summary stated.

“Overall, the survey found that many households were faring well, but that sizable fractions of the population were at the same time displaying signs of financial stress,” the executive summary stated.

The report found that six out of ten Americans said their families were “doing OK” or “living comfortably.” However, a quarter of the 4,000+ households surveyed reported that they were “just getting by,” and 13% said they were struggling to survive.

When asked about their income versus their expenses, one in five said they were living beyond their means. Meanwhile, an even number—38% in both cases—either was spending less than they made or keeping pace with their earnings.

Just over 60% of the entire sample anticipated that they would have no increase in income for the year ahead. Meanwhile, 21% expected earnings to increase and 16% expected them to fall.

The survey found that many are giving help and accepting help, with 22% saying they had needed assistance from other households and 34% reporting that they had given such aid.

Drawing on savings, saving on dwellings

In a section covering savings, the survey revealed that 57% of the sample reported using some or all of their savings during or after the recession. Only four out of ten had an emergency fund sufficient to cover three months of expenses.

And less than half said they could cover an emergency item costing $400 without resorting to credit or selling something.

Cooperative living arrangements to save money were also seen in the survey data. The Fed said that 16% of the sample live with their adult children, a roommate, or extended family in order to save money. The report found that nearly three-quarters of that group would move out on their own if they could afford to do so.

The survey also probed Americans on their use of credit during the recession and post-recession period, their medical expenses, and their retirement planning.