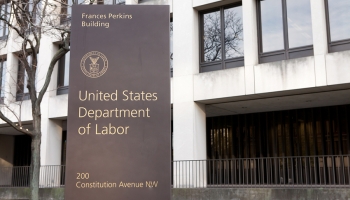 The Department of Labor (DoL) has finalized a rule that will make it harder for US pension plan fiduciaries to incorporate socially responsible investment (SRI) themes into their strategies.

The Financial Factors in Selecting Plan Investments rule will stop private pension plan fiduciaries that fall under the Employee Retirement Income Security Act of 1974 from sacrificing financial returns or taking on additional risk when considering investments.

It will require plan fiduciaries to select investments and courses of action based solely on financial considerations relevant to the risk-adjusted economic value. The DoL said its goal was to ensure that retirement security remained the top priority of those who manage the retirement assets of millions of Americans.

The law change, which was proposed earlier this year, drew criticism from some in the retirement-planning community, including claims from the Investment Company Institute (ICI) that the DoL did not sufficiently justify its reasoning behind the proposal.

Protecting retirement savings was a “core mission” of the DoL and a “chief public policy goal” for the US, said Secretary of Labor Eugene Scalia in a statement when the rule was finalized on October 30.

“This rule will ensure that retirement plan fiduciaries are focused on the financial interests of plan participants and beneficiaries, rather than on other, non-pecuniary goals or policy objectives,” he said.

Acting Assistant Secretary of Labor for the Employee Benefits Security Administration, Jeanne Klinefelter Wilson, added: “Retirement plan fiduciaries vindicate the public policy behind ERISA – and comply with the law – when they manage plan assets with a clear and determined focus on participants’ financial interests in receiving secure and valuable retirement benefits. Plan fiduciaries should never sacrifice participants’ interests in their benefits to promote other non-financial goals.”

The DoL said it expected the final rule to result in higher returns by preventing fiduciaries from selecting investments based on non-pecuniary considerations and requiring them to base investment decisions on financial factors.

The rule will be effective 60 days after publication in the Federal Register. Pension plans will have until April 30, 2022, to make any changes to certain qualified default investment alternatives in order to comply with the final rule.