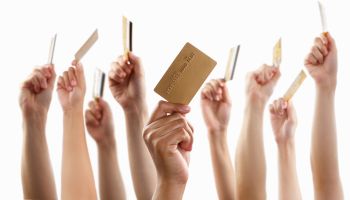 While concerns have been raised about retailers’ readiness, at a meeting of a key association in the chip card business a consensus was building that the migration of the world’s largest and most complex payment ecosystem to EMV chip technology is well underway.

The following report is based on a communiqué from the Smart Card Alliance, based on its Eighth Annual Payments Summit.

Conference speakers highlighted industry collaboration on education as one of the next steps to completing a successful migration, and looked ahead to building on the EMV framework to solve the open challenges of mobile and e-commerce payment.

Flood of cards on the way

While approximately 120 million Americans have already received a chip card, according to estimates from the EMV Migration Forum, the U.S. is on the eve of a tsunami of mass chip card issuance. Visa’s Kimberly Lawrence presented the payment industry’s consensus forecast that 575 million chip cards will be issued by the end of 2015, representing about 71% of the U.S. credit card universe and 41% of debit cards.

Mass chip card issuance was common among many presenters. Discover’s Ellie Smith told attendees that in the year since the last conference, her conversations with card issuers have shifted from “what and why” to “how and when” to implement chip cards.

In her keynote address, Visa’s Lawrence agreed that 2015 will be the year that many large issuers will start mass issuance of chip cards. About 80% of Visa’s U.S.-processed credit card volume comes from issuers that have been certified by Visa as ready to process EMV transactions and issue chip cards. Lawrence predicted that by 2016 “we’ll be at critical mass with a significant amount of chip payment volume.”

Merchants are also making good progress, and Lawrence agreed with the consensus forecast that about 47% of merchants will be ready to accept chip cards by the end of 2015. Currently there are 78,800 EMV chip-activated merchant locations, she said.

Vantiv’s Patty Walters said merchants are working hard to meet the October 2015 deadline, pointing out that it was only in the last year that merchants had adequate specifications for developing and certifying EMV debit point of sale (POS) applications. She noted that Vantiv had completed successful pilots of the U.S. common debit AID in Richmond, Va., and Bellingham, Wash., in the fall of 2014.

Peek at consumer thinking on EMV

While much remains to be done, progress on the EMV chip migration is so advanced that the industry is looking to the next step, collaborating on education of consumers and merchant cashiers.

During a separate media briefing held during the Summit, MasterCard’s Carolyn Balfany said, “It’s no longer an industry event—it’s now a consumer event.”

Consumers are eager for chip cards according to MasterCard’s latest research. Balfany reported that 63% of consumers want a chip card “immediately,” defined as within the next six months, and 87% are comfortable with transitioning to chip cards.

Looking beyond the next year of the EMV chip migration, MasterCard’s James Anderson said the principles underlying chip technology can also be extended to solve the challenges facing mobile and remote payments.

One example Anderson pointed to is near field communication, which MasterCard selected as its strategic mobile payment platform fundamentally because it supported the EMV transaction model. At the device level, iOS and Android, the two largest operating systems that together power about 1.3 billion consumer devices, have selected NFC as the technology they will use to enable those devices to be used at the point of sale, according to Anderson.

For remote payments with no chip card or NFC device available, EMV principles can still be applied using software, Anderson said. As an example, when a MasterCard is used with Apple Pay for an “in app” payment, it is generating what MasterCard calls a Digital Secure Remote Payment transaction, which is what the merchant sees. This approach is secure, provides a great user experience and, in MasterCard’s case, protects merchants from fraud liability, according to Anderson.

“We really are on the road to EMV everywhere,” he said.

Mobile payments issues not settled yet

In the post-Apple Pay launch period, however, speakers at the conference generally agreed there are still many questions and challenges for mobile payment.

Apple Pay has the potential to be major and disruptive, according to Lee Manfred of First Annapolis—or it may not be. It is just too soon to tell what will happen to Apple Pay, how big an impact it will have, and how the market will evolve, he said.

In the view of industry experts on a panel hosted by Steve Mott of BetterBuyDesign, the reality today is that more U.S. mobile payment programs are closed systems and merchant sponsored. Citing the examples of Starbucks, Dunkin Donuts, and Subway, the panelists agreed these programs are in a better position to meet common requirements that make mobile payment programs successful—the opportunity for regular use, incentives for usage, and in-store promotions at the point of sale.

Many conference speakers discussed emerging initiatives for tokenization and encryption. While there was consensus that these security layers need to be added, the roadmap is unclear.

Dave Lott of the Federal Reserve Bank of Atlanta reported that the Mobile Payments Industry Work Group has formed a subgroup to develop a tokenization landscape paper. Their first work effort has been a series of in-depth interviews with mobile, payments, and merchant industry stakeholders, with the findings expected to be published late in April or early May.

Lott presented some preliminary observations, which are that while interest in end-to-end encryption and tokenization is high, the interviews suggest a period of fragmentation lies ahead, with multiple “standards” co-existing in the marketplace.

Merchants have expressed interest in having one common standard, and a key sensitivity was the potential impact of having to make a series of changes to their payment systems to add on these other security layers in addition to the changes they are making to support chip technology. The merchant community would strongly prefer to try to do everything at once, Lott said.

MasterCard’s Anderson said their tokenization service for mobile phones is available now, with services for mobile wallets and card-on-file merchants coming later in 2015.

The widespread interest in tokenization throughout the conference prompted Randy Vanderhoof, executive director of the Smart Card Alliance, to observe, “Maybe 2015 will be the year tokenization really takes off, and that would be a good thing for the industry.”