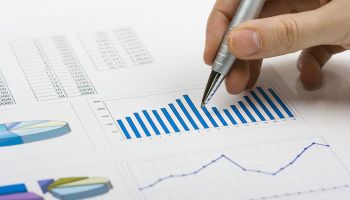 Consumers with the ability to pay larger amounts than the minimum payment due on their credit cards had significantly lower delinquency rates on not only their credit cards, but also their auto loans and mortgages, a new TransUnion study finds.

Consumers who made the minimum payment, or close to it, generally had higher delinquency rates.

"TransUnion's study has confirmed the conventional wisdom that transactors—those consumers who pay off their entire balance each month—are better risks than revolvers, i.e. consumers who only pay a portion of their balance, and moreover has quantified just how big an increase in risk revolvers represent," says Ezra Becker, co-author of the study and vice president of research and consulting in TransUnion's financial services business unit. "Just as importantly, the study revealed that not all revolvers are equal: those who pay more than the minimum on their credit cards, even if they don't pay off the full balance, present less risk across product types.

"Our findings are good news for consumers, particularly those who only pay off portions of their credit cards each month. Even if they can't pay the full balance, they may now find that lenders view them in a more positive light depending on the amount they do pay."

"This study was important because it allowed us to quantify the extent to which higher credit card payments lead to improved loan performance—and not just on credit cards, but also on mortgages and auto loans," Becker says. "Our findings provide lenders another tool with which to evaluate consumer risk that is not generally captured by traditional credit scores."

Among the metrics developed by TransUnion as part of this study was the Total Payment Ratio (TPR), which was calculated by dividing a consumer's total monthly credit card payments by the total minimum due on all of that consumer's credit cards.

For instance, a person making $1,200 in payments on three credit cards when the aggregate minimum due on those cards was $600 would have a TPR of 2.0. A person making $1,200 in payments with an aggregate minimum due of $200 would have a TPR of 6.0. TransUnion used this metric to analyze how credit users performed on various loan types.

"The only anomaly we found was that higher TPR levels actually resulted in higher auto and mortgage delinquencies for subprime and near-prime mortgage borrowers, but we attribute this performance to the mortgage crisis and its impact on the payment hierarchy—many consumers facing foreclosure placed a higher emphasis on paying off their credit cards," says Becker.

TransUnion also developed a metric called the Aggregate Excess Payment (AEP) to better gauge how many dollars in excess of the minimum payment were made. This variable was calculated by subtracting the total minimum due from the total payments made across all of a consumer's credit cards.

"The AEP variable also performed quite well as a risk splitter across credit products, even when controlling for traditional credit score," says Becker. "Having more than one metric to understand payment behavior provides flexibility to lenders in managing their risks and engaging their customers and prospects. At a time where understanding 'ability to pay' is so important, we find that these insights can be hugely worthwhile for lenders."

"This study is just the tip of the iceberg. Learning about payment patterns is critical in a marketplace that has once again become highly competitive across all risk tiers," says Becker.