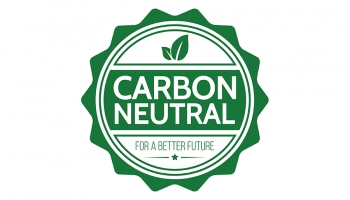 The bank achieved the feat after reducing its corporate carbon footprint (including in its facilities and business travel operations), purchasing renewable power and investing in carbon offset projects.

The original target year for these goals was 2022.

“Achieving and maintaining carbon neutrality ensures that our operations minimize impact to the environment and is beneficial to all of our stakeholders.”

The bank’s senior management team is seeking to enhance its environmental efforts still further. In September 2020, the bank announced a five-year $8bn sustainable finance project to build on these achievements.

The project included lending commitments for the renewable energy sector, making it easier for companies working on energy sources such as solar, wind and geothermal to access capital.

Fifth Third, which has $202 billion in assets, aligns this activity with the UN’s Sustainable Development Goals and in 2020 published its inaugural ESG report, detailing the steps being taken across the organization to meet these criteria.

This has included the establishment of a renewably energy investment banking team and using data from the international Task Force on Climate-Related Financial Disclosure index.

Fifth Bank’s work on sustainability has not gone unnoticed and the bank won the Environmental Protection Agency Green Power leadership award in 2020.

That same year, Fifth Third maintained the A- climate leadership score that it was originally awarded by the Climate Disclosure Project in 2019.

Sustainable funds broke all sorts of records in 2020 ...