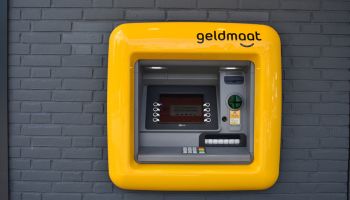 The Netherlands is a country known for being one step ahead of social change. It is also considered one of the more respected places when it comes to  investment management practices as well as the adoption of technology.

No wonder Dutch banks have championed the decline of physical bank locations throughout the country as quickly as any other western country.  However, the customers of the banks still use cash for the time being so it is easier to close a branch than it is to close an ATM location.

Three Dutch banks: Rabobank, ING and ABN Amro announced recently that they are launching a new initiative to partner on a strategy to consolidate ATM locations. They are using a company named Geldmaat that they cofounded and will begin with an initial location in a shopping center. The initiative aims to keep the number of locations convenient for customers and with reliable technology yet with fewer locations.

The ATMs would be agnostic when it comes to which is the customer’s home bank and any fees would be neutral. While the number of ATMs in the country would decline, in theory each customer would have a similar number of locations to choose from compared with when they just went to their home banks’ closest location.

Geldmaat will use an equation that is based on frequency of transactions within certain areas in order to efficiently designate the distribution throughout the country.