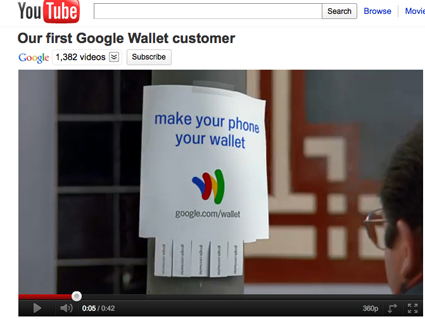 Have you read Banking Exchange’s September cover story, “Mobile money at stake?”, about the Google Wallet and other digital wallet projects that are underway? Our Table of Contents  asks “Are the days of the leather wallet stuffed with plastic going, going, gone?” The article explores whether banks will stake their claim in the new world of digital wallets, or if the likes of Google will dictate what’s what.
Recently Google launched a promo for its Google Wallet on Youtube that goes “stuffed with plastic” one better.

With digital touchups, Google turned a snippet from Seinfeld about George Costanza and his famous overstuffed, exploding wallet, into a spot promoting the Google Wallet, which Google is offering with partners MasterCard, Citigroup, Sprint, and First Data.

The hapless George (played by actor Jason Alexander) spots a lamppost flyer promoting the new wallet, and grabs for a reminder slip.
He attempts to stuff this last slip into his overstuffed leather wallet. 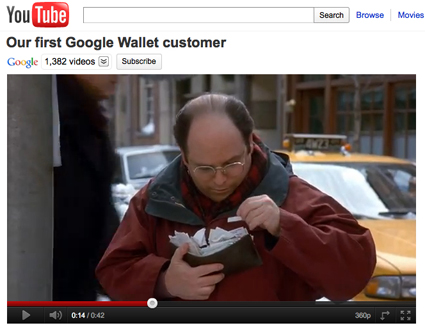 The wallet explodes and paper flies all over the New York City streets.

Constanza exhibits one of his famous flusterfests.

The spot closes with the advice, “Goodbye, wallet. The phone will take it from here.” 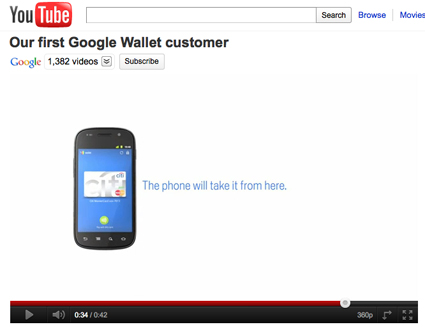 You can watch the 42-second spot here.

If you see any stray papers blowing in the wind, they might belong to George.

More in this category: « Ear to the ground finds a mixed story among community bankers Sales advice from convention circuit »
back to top