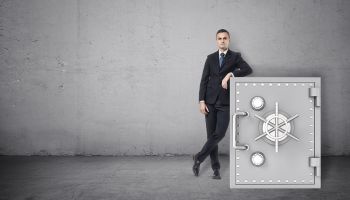 “Preventing the misuse of legal persons and legal arrangements remains a highly important issue for both the FATF and the international community.”—June 2017 FATF Plenary Meeting

“A covered financial institution with notice of or a reasonable suspicion that a customer is evading or attempting to evade beneficial ownership or other customer due diligence requirements should consider whether it should not open an account, close an account, or file a suspicious activity report…”—April 3, 2018 guidance from Treasury’s Financial Crimes Enforcement Network (FinCEN)

It would be foolish for me to reiterate the key themes and issues in the customer due diligence rule that must be implemented by May 11, 2018. Instead, I would prefer to highlight a few challenges that may hinder this dramatic change to AML requirements—in fact, the first since the Customer Identification Program rules after the passage of the USA PATRIOT Act in 2001.

Before I begin, it is important that I let you know that I support these overall changes for obvious reasons. There are many examples of lack of transparency enhancing money laundering and other financial crime opportunities. One has only to read the Paradise or Panama papers to note the clear criminal activity that had continued unabated.

But all of that is a separate matter from whether implementation of this rule will cause potential problems.

One is the very real possibility that federal examiners will directly challenge an institution’s decision to collect information on individuals (beneficial owners) who hold 25% or more interest in a legal entity customer.

Even though the rule and the FinCEN FAQs say:

• “covered financial institutions will meet their beneficial ownership obligations by collecting information on individuals, if any, who hold directly or indirectly, 25 percent or more of the equity interests in and one individual who has managerial control of a legal entity customer,”

• it also reminds institutions that “[t]here may be circumstances where a financial institution may determine that collection and verification of beneficial ownership information at a lower threshold may be warranted, based on the financial institution’s own assessment of its risk relating to its customer.”

The problem is that history tells us that examiners will constantly push an institution to go to the lower threshold. I have heard many agency representatives remind audiences that while 25% is in the rule, you will need to defend your decision through documentation, policies, and procedures.

To be fair, we have seen such attempts at defending a decision lose out to the examiner and this may be no exception. The key is to prepare your defense.

If you decide to stay at 25% be prepared to explain how transaction monitoring or other information gathering will ensure strong due diligence. Communication with the examiner is essential.

Ironically, the current Congress is attempting to protect financial institutions from the final CDD rule by proposing that businesses file beneficial ownership information directly with FinCEN.

The bills are certainly reasonable and place responsibilities where it should be, on the individuals who have been (at least some) avoiding reporting for various (and sometimes nefarious) reasons.

I can readily recall the major debate on the proposed KYC rules in the late 1990s. I can also remember aspects of the debate that bordered on just plain silly. Latecomers to the issue claimed that KYC would turn privacy upside down. They acted as if there was no need to report criminal activity.

My view, after all these years, remains that a KYC rule in 1999 would have assisted in the response to 9/11.

Today, we are seeing some of the same flawed “logic.” (I use that term very loosely.) This arises not from legitimate concern about some of the FAQs and my point on examiners, but from positions taken by so-called think tanks.

First, these groups claim that the U.S. is being pressured to create CDD requirements. (The U.S. actually is part of the Financial Action Task Force.  The U.S. agrees to mutual evaluations to determine gaps in AML as part of its membership in FATF.)

What is even more amazing is that those critics recommend IRS can handle reporting from existing data. They know fully well that some politicians have worked hard to defund that great agency.

The legislation creating beneficial ownership registries should be actively considered. Until then the CDD supervisory review should be fair and collaborative.

We need transparency, so we should work together to figure out how best to accomplish this. If you read criticism, do your homework and respond accordingly.

More in this category: « No more “Empty Pages”* “You can’t always get what you want”* »
back to top