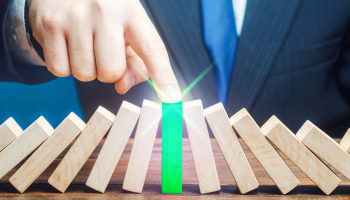 Major US banks continue to have “strong capital levels” and could cope with a severe global recession, according to the Federal Reserve Board’s latest annual stress tests.

Each bank tested in the investigation showcased levels above the minimum capital requirements despite having a total projected loss of $612 billion.

The Fed’s report shows that large banks would have sufficient capital to absorb more than $600 billion in losses through a severe recession.

The positive and strong capital levels mean banks would be capable of financially supporting households and business via lending even during a severe recession, the Fed indicated.

The 2022 stress test also included a sharp decline in asset prices, featuring “a nearly 40% decline in commercial real estate prices and a 55% decline in stock prices”.

The results recorded more than $450 billion in loan losses in addition to $100 billion in both trading and counterparty losses. A further $50 billion in losses was observed in large banks in comparison to 2021’s edition.

The Federal Reserve Board also stated that the aggregate 2.7% decline in capital was “slightly larger” than last year’s 2.4% decline.

Santander USA was ranked in the top quartile among participating banks, and said in a statement that the results demonstrated its “resiliency and the strength of its business model and capital position”.

The results of the stress test “factor directly into a bank’s capital requirements”, the Fed said, meaning the results determine how much capital each bank needs to hold in order to survive a “severe recession”.

Failure to do so would lead to “automatic restrictions on capital distributions and discretionary bonus payments”.