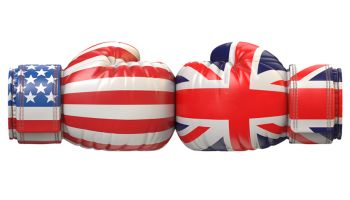 While London has undoubtedly seen the rise of some of the most well-known fintech unicorns, such as Monzo, Revolut and Starling, the US saw a record fintech investment of $52.5 billion across 1,061 deals in 2018, indicating big things to come from the market this year.

Despite the UK’s investment having slowed over the past year, it still accounts for the majority of fintech funding for the whole of Europe and is expected to remain strong in 2019 despite geopolitical volatility, trade concerns and increasing regulations.

According to research from KPMG, last year, global fintech investment doubled to $111.8 billion as the fintech scene expands globally and other countries give fintech hubs like the UK and the US a genuine run for their money with numerous developments that aren’t even close to available elsewhere. For example, we’ve seen Australia and New Zealand, exclusively offer Uber for Business to allow corporate transactions to be automatically processed by internal finance teams.

Meanwhile in China, eighty-five percent of all payments are mobile, while microfinance has become an emerging market phenomenon, standing as the dominant form of service delivery in Bangladesh. With this in mind, how do the UK and US fintech sectors compare and are there any other regions competing for the title of fintech capital?

Although investment may have slowed, the UK fintech sector still saw investment rise by 18% to a record $3.3 billion in 2018 and Revolut’s fundraising of $250 million was ranked among the top ten largest global VC deals of 2018 helping it to become one of the UK’s latest fintech unicorns. London is now home to seven fintech unicorns - fintechs valued at over $1 billion - and is street ahead of the US in terms of the digital banking opportunities they are offering.

For instance, Monzo now has more than 1.9 million UK customers, despite not having any physical branches, after luring customers away from traditional banks with the promise of a better customer experience. The digital bank has aspirations to develop its offering even further to allow customers to do everything from switch energy providers in-app as it integrates with third-parties.

This level of digital banking innovation is yet to make its way across to the US, where card payment technology trails behind and consumers are often required to provide a signature when making a card transaction. In fact, currently, contactless payments account for just a fraction of card transactions in the US, but by 2022 it is thought this trend will catch on to make up more than a third of electronic payments in America.

Additionally, while regulation may have previously been an inhibitor, in the UK and Europe, the introduction of Payment Services Directive (PSD2) has sparked the introduction of Open Banking and a new wave of innovation. According to EY, 94% of fintechs are considering how open banking can enhance current services and 81% are using it to enable new services.

The use of open APIs will enable third-party access to data traditionally held by incumbent financial institution, meaning that fintechs can use this to develop new products and services. Consequently, this could see UK fintechs innovate in areas currently unavailable to the US.

The US fintech scene

The financial landscape in America is wildly different from the UK’s with research finding that 30% of all consumer transactions in America are paid for in cash, while the average American also writes 38 cheques a year, nearly five times the number of the average Brit. Additionally, the American mobile-payments industry is more than 50 times smaller than China’s. These factors are reflected in the country’s fintech scene and the products on offer with $1.8 billion invested into insurtech in 2018.

Yet, despite consumers perhaps not being as open to innovative card technologies as those in other markets, this doesn’t seem to be holding fintechs back. In fact, despite the UK’s growing number of fintech unicorns, it is still behind the US in this department with San Francisco alone boasting nine to London’s seven. While San Francisco is largely considered to be the fintech capital of America, unlike the UK, which has a single fintech hub in London, it benefits from a number of emerging fintech hubs.

For instance, Atlanta which has long be a financial services hub is fast becoming a hive of fintech innovation and plays host to a number of fintech startups, incumbents, and technology accelerators. As home to payment companies including WorldPay and BitPay, Atlanta has earned the nickname “Transaction Alley”.

Similarly, New York is producing new and exciting fintechs and benefits from a fast-growing pool of talent. Owing to its size, US fintechs face less competition than London-based fintechs as they aren’t condensed into one area and benefit from a bigger playing field.

What about other regions?

While it’s yet to reach the same scale as the UK and US, the Netherlands is home to a growing number of fintechs with over 400 fintechs in operation by the end of 2018. Amsterdam in particular is establishing itself as a fintech hub thanks to its strong and diverse financial sector, fast-growing tech ecosystem, outstanding digital infrastructure and maturing startup scene. makes it a perfect base for companies operating in the sector. This emerging fintech market boasts some big fintech names such as Ohpen, Bux and Adyen, the city’s first fintech unicorn, and has been bolstered by being picked to play host to the Money 20/20 conference earlier this year. Dutch fintechs appear to be especially strong in the areas of payments, banking software and cybersecurity.

A major contributing factor to the Netherland’s thriving fintech scene is that Dutch authorities are taking proactive steps to ensure fintech entrepreneurs and start-ups have the knowledge needed to comply with regulations and be successful. Afterall, a booming fintech sector will have a significant and positive impact on the country’s economy.

Ultimately, there is no denying that the US and UK both remain strong players in the fintech landscape. However, they are serving two very different markets and the fintech scene in each country reflects this, not least in terms of payment initiatives. That said, in recent weeks, we have seen the US and UK set up a ‘Financial Innovation Partnership’ (FIP) to promote cooperation on regulatory issues and business development in financial technology, in a bid to develop both countries’ fintech sectors.

With these two major players joining forces and emerging markets like the Netherlands entering the fray, we could begin to see a new wave of innovation within the global fintech landscape. 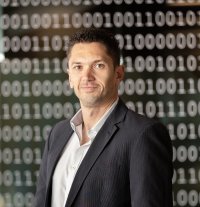 Russell Bennett is the CEO of Fraedom