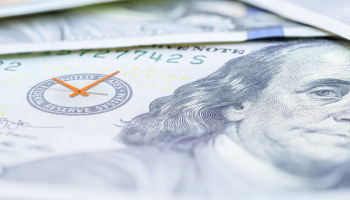 The Dow Jones Index was up more than 300 points before it declined once again into negative territory. Every major index fell while treasury yields grew by almost 10 basis points.

Several analysts revised the anticipated Federal Reserve rate increases towards the second half of the week, going beyond what was already priced into the markets. Fed Chairman Jerome Powell has done nothing to imply that the Fed will slow down interest rate hikes over the next month stating that 50 basis points is a likely increase in May.

Stronger than expected earnings on most stock sectors, as well as record low unemployment numbers provide some reason for optimism with almost every major airline projecting strong profit increases for the remainder of the year.

Both Delta and United executives noted that business travel is showing signs of a recovery, a noteworthy trend not just for the airline industry but for business optimism. Traditional stocks have shown better than expected earnings across the board, despite polls analyzing consumer confidence waning.

It is difficult to project what effect a market showing mixed signals will have on the banking industry. Mortgage applications have slowed, for instance, but housing prices still are still rising for now.

Investors can expect more volatility in the week ahead, with the war in Europe and Treasury Yields rising.