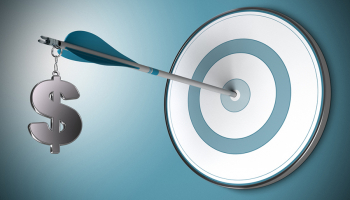 A group of institutional investors coordinated by the Interfaith Center on Corporate Responsibility (ICCR) has filed a slate of nine proposals at six top US banks for their 2022 proxies, calling for greater accountability in climate lending.

The 2022 filings are aimed at the same group of US banks that were engaged by ICCR members in 2021, including Bank of America, Citigroup, Goldman Sachs, JPMorgan Chase, Morgan Stanley and Wells Fargo.

Additional proposals were filed at both Bank of America and Citigroup requesting an audited report on whether and how the fulfilment of the United Nations Environmental Program Finance Initiative recommendations to the G20 Sustainable Finance Working Group, and the IEA's Net Zero Emissions by 2050 Scenario, could affect underlying assumptions in financial filings.

The ICCR members also filed an additional proposal to JPMorgan Chase, requesting a report on absolute emissions reduction aligned with the IEA Net-Zero Emissions by 2050 Scenario.

Last year, ICCR members engaged with the banks on their climate lending and were successful in getting banks to act on a variety of climate-related proposals, including a policy restricting lending for coal and Arctic drilling, as well as commitments for net-zero financed emissions by 2050.

Despite most banks adopting a net-zero commitment, none have committed to halt financing for all new fossil fuel development.

In 2021, the IEA said that in order to ensure global warming of no higher than 1.5 degrees Celsius by 2100 and net-zero emissions by 2050, “there is no need for investment in new fossil fuel supply”.

According to the ICCR, Citigroup chief executive Jane Fraser, speaking at The Wall Street Journal’s CEO Council Summit on December 14, said that the bank may have to cut off some clients to meet its climate goals.

“At the end of the day that will mean there are some choices as to which clients we will be serving and which ones we won’t be,” said Fraser. “One-size-fits-all won’t work for that.”

Reducing greenhouse gas emissions and facilitating the clean energy transition through the financial sector has been a key focus of institutional investors in the ICCR network, as well as regulators, policymakers, and civil society organizations.

Dan Chu, executive director of the Sierra Club Foundation which led several of the bank filings, said: "Major banks like Citigroup acknowledge their high exposure to climate risk, and yet have not changed their lending policies to mitigate that risk.”

“The IEA is clear that limiting warming to 1.5 degrees Celsius and averting the worst impacts of the climate crisis means stopping the expansion of fossil fuels immediately. If banks fail to adjust their practices accordingly, it will present enormous risks to our communities, our economy, and banks' own profitability,” said Chu.

In October, a UK-based think tank, Universal Owner, said investment management giant Vanguard could lose $3 trillion by 2050 as a result of climate-harmful investments. According to the report, Vanguard’s ESG funds represent as little as 0.1% of its total AUM, while 94% of new capital flows are in its traditional funds.