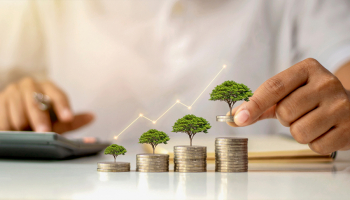 The majority of US investors would pay higher fees to be invested in a fund that benefitted the environment, according to a new survey by asset manager Ninety One conducted after COP26.

The survey revealed that 56% of US investors who are invested in mutual funds would be prepared to pay a higher fee on a fund that set out to achieve environmental benefits, and that 24% would do so for funds that demonstrated societal benefits, given the same returns between funds.

Only 8% of investors in the US said that they would not pay more in charges for these types of funds, when they were surveyed after the global climate summit in Scotland.

The results showed that US investors were the most likely to accept increased fees on funds that benefitted the environment by helping to tackle climate change, compared to 41% of UK investors who said they would, 37% in Italy, and 30% of German and 22% of South African investors.

When US investors were asked before the climate summit which of the two predominant approaches to achieving net-zero emissions they preferred, 54% said divestment and 34% chose transition.

However, post-COP26, this rose to 42% in the US who said they would opt to take a transitionary approach, while those who would choose to divest fell to 49%.

The survey of more than 5,000 investors across five markets, including the UK, Italy, Germany, South Africa and the US, found that 57% of all investors polled have investments with a focus on net zero or other environmental and societal benefits, and the majority of them, at 67%, are invested in them for five years or more.

Hendrik du Toit, founder and chief executive of Ninety One, said: “Net zero for some means no net zero at all. To divest is irresponsible and simply demonstrates a lack of either understanding, awareness or transparency regarding the climate crisis.

“We must focus on long-term transition plans consistent with net zero by 2050 for companies and countries, not near-term reductions.”