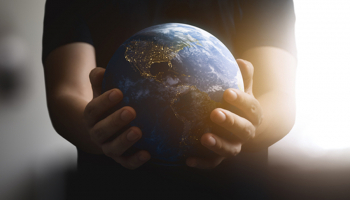 The US, alongside Germany and China, are the countries set to benefit the most from the ongoing transition to a green economy, Lombard Odier research has found.

The report, produced by the University of Oxford and Lombard Odier that looked at the predictors of success in a greening world, suggested that the US’s strong existing green manufacturing and technological capabilities places the country in a better position to benefit from the transition.

Countries such as Australia and the UAE have been laggards in the past, owing to their over-reliance on fossil fuel exports, according to the report.

However, Australia possesses immense renewable energy potential and the UAE has shown a clear intent to diversify their production capability resulting in recent increases in green competitiveness and potential, it added.

Michael Urban, deputy head of sustainability research at Lombard Odier, said: “As countries around the world pledge their commitment to transition to more sustainable energy and production systems, the importance of capital allocation in driving solutions to climate change has never been greater.

“It is therefore critical to accurately determine which countries, industries and companies will survive, thrive, and come to define the new industrial landscape.”

Cameron Hepburn, professor of environmental economics at the University of Oxford and director of the Smith School of Enterprise and the Environment, said: “Providing the foundational research and frameworks for solutions to achieve net zero emissions and sustainable development is at the heart of our mission. [The report] should serve as a wakeup call to the ‘laggards’; they are not just holding back efforts to combat climate change, but missing valuable opportunities to benefit from the transition.”