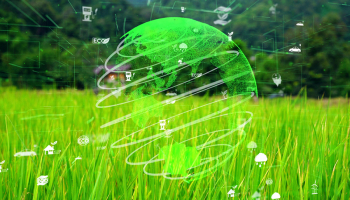 Environmental, social, and governance (ESG) issues are front and centre for the US’ biggest banks, as shown by a wave of announcements in recent days.

JP Morgan, Wells Fargo, Bank of America, and Fifth Third have all unveiled measures to enhance their commitment to ESG themes.

JPMorgan Chase’s commercial banking arm has set up a new ‘Green Economy’ specialized industry team, which will provide dedicated banking services and expertise to companies that produce environmentally-friendly goods and services or focus on environmental conservation.

It has named Brian Lehman as the team’s head. Lehman, who will build a dedicated team of bankers to serve the segment, has more than 20 years of client-facing experience and deep knowledge of sustainable finance, the bank said.

“The path to a more sustainable future heavily depends on our actions today,” said Lehman. “At JPMorgan Chase, we’ve seen a growing number of clients and industries whose foundations are built upon reducing greenhouse gas [GHG] emissions.”

The facility will be developed, owned, and operated by a subsidiary of NextEra, and is scheduled to come online in 2022.

Elsewhere, Bank of America announced a goal of deploying and mobilizing $1 trillion by 2030 through its Environmental Business Initiative in order to accelerate the transition to a low-carbon, sustainable economy.

“The private sector is well-positioned to ensure that the capital needed – at the scale it is needed – can drive the transition to a low-carbon, sustainable economy,” said Bank of America vice chair Anne Finucane, who leads the company’s ESG, sustainable finance, and public policy efforts.

Fifth Third, meanwhile, has joined the Partnership for Carbon Accounting Financials (PCAF), the latest in a series of actions it has taken to understand and measure its own climate impact.

The actions reflect a renewed focus from the US government on climate change and environmental issues following the election of Joe Biden.