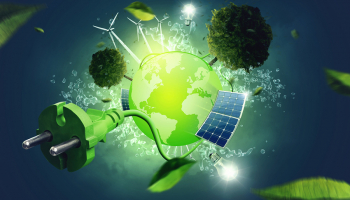 The world’s biggest asset manager could be forced to sell off holdings in 30 clean energy stocks to comply with an index being rebalanced, the Financial Times has reported.

The combined assets of the two ETFs have soared to more than $10 billion, compared with $760 million at the start of last year. Inflows rose sharply in the wake of President Joe Biden’s election in November, while a surge of 140% in the value of the underlying index in 2020 further boosted the ETFs’ combined size.

In a note, investment bank Société Générale said the index was likely to expand from 30 constituents to 77 following consultations last month.

The BlackRock ETFs might need to offload more than 10% of the free-float market capitalization some companies in their portfolios. As well as these two products, 45% of the total money invested in non-fossil fuel energy ETFs is tracking the S&P Global Clean Energy index.

“The problem stems from a cocktail of large money flows in the ETFs replicating an index launched 14 year ago, whose rules seem no longer suitable to the large assets collected by the ETFs,” the SocGen report said. “The index rules lead to a relatively high concentration, the selection of some poorly liquid stocks and the overweight of smaller caps at the expense of large caps.”

BlackRock said index methodology updates were “common tools used by index providers” and that it was engaging with S&P on this issue. The FT reported that ETFs tracking the affected index would need to buy into companies such as Vestas Wind Systems, Orsted and NextEra Energy – all of which have seen their prices rise in anticipation of the rebalancing.

The volume of assets in exchange-traded funds (ETFs) aligned with environmental, social and governance (ESG) issues hit $174 billion at the end of 2020, according to research by TrackInsight.

Last year, a Morningstar report showed that the number of index-tracking funds with a dedicated “sustainable” focus hit 534 by the end of the second quarter of 2020.

In the US, BlackRock, Calvert, DWS Group and Vanguard collectively run all of the cash invested in the 10 largest sustainable passive funds.