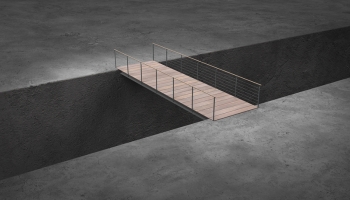 Fair and affordable access to credit can unlock new opportunities and offers the potential for consumers to build generational wealth. Unfortunately, not everyone has access to the same resources. People from underserved communities, as well as younger consumers and recent immigrants are often excluded from the mainstream financial system because they lack an extensive credit history. As a result, these consumers may pay higher costs for loans and other financial products.

We know lenders want to say “yes” to more prospective borrowers. Extending credit to consumers who have been largely ignored by the credit system provides an opportunity to build lifelong relationships with a relatively untapped market, not to mention, it’s simply the right thing to do. As a result, our industry has been a driving force behind innovative solutions, resulting in significant progress towards improving financial inclusion.

There’s a notion that consumers without extensive credit histories represent significant inherent risk, but quite frankly, that’s not always the case. Some consumers currently perceived as unscorable or invisible to mainstream credit models may have stellar credit ratings in other countries, while others simply haven’t had the opportunity to establish and build credit. But just because consumers don’t have an extensive credit history, doesn’t mean they’re inherently risky. The addition of on-time telecom, utility, and even video streaming service payments onto consumer credit reports can help make this notion clear.

The challenge is ensuring that data gets into the system. Without it, conventional credit scoring models reliant on mainstream payment information are limited in their ability to help increase financial inclusion. Many consumers without access to mainstream credit must rely on higher-cost, short-term loans.

In addition to encouraging consumers to permission their non-debt related payment information, we’re exploring other data types, such as trended credit data, expanded public records data (i.e. professional licensure information) and data on the repayment of short-term small dollar loans. Factoring in these expanded data sources—which are regulated by the Fair Credit Reporting Act—into the decisioning process may give lenders a more comprehensive view of a consumer’s ability and willingness to repay outstanding debt—an actionable solution to extending credit to consumers without taking on additional risk.

Despite the increased adoption of expanded data sources, most conventional credit scoring models are more reliant on mainstream payment information (credit cards, loans, etc.). As an industry, we need to make this data accessible to more lenders.

Tapping into credit scoring models that incorporate expanded data sources opens up the pool of creditworthy borrowers that lenders can work with. For example, we found 96 percent of credit applicants can be scored using Experian Lift Premium. This includes an estimated 65 percent of the credit invisible population and the entire conventionally unscorable population. This is significantly greater than the 81 percent of consumers that can be scored by conventional scores. Additionally, 6 million consumers whose conventional scores are subprime could be upgraded to near-prime or above when expanded data is incorporated.

While the industry has made significant progress in improving financial inclusion, there’s more to be done. We remain committed to driving innovative solutions and creating more credit opportunities for consumers. Helping lenders facilitate access to fair and affordable credit is a no-brainer. A more inclusive financial system leads to wealth generating opportunities, and ultimately a more productive and stronger economy.