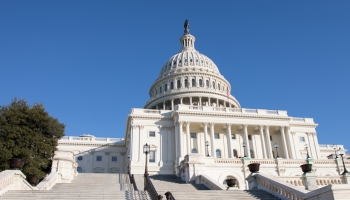 Bank of America, Citigroup, JPMorgan and Wells Fargo will face off with Congress this week on issues ranging from the economy, sustainability and regulations.

Although republicans have tended to be advocates for large banks, lawmakers on that side of the aisle have been frustrated by social issues adopted by banks as well as preferential lending practices. Large bank hearings tend to be an opportunity for Congressmen to raise their individual profile by landing punches during a major election season.

However, the hearing could shed light on major economic issues such as the consequences of Federal Reserve rate hikes and a potential recession. The CEOs will be prepared to discuss lending plans as borrowing costs rise and the potential impact it will have on consumers.

At the outset of the pandemic crisis, one of the concerns was how America’s largest banks would hold up. The banks came through in a positive way, and helped distribute aid to Americans.

The CEOs will likely point to the positive role they played. For the traditional critics, the CEOs will point to diversity and ESG initiatives for banks as well as how they helped support small businesses during the crisis. It will be difficult for the banks to please anyone in the present environment as what one side sees as progress, the other size perceives as pandering.

However, the large banks’ balance sheets look stable which should be of some comfort to lawmakers.