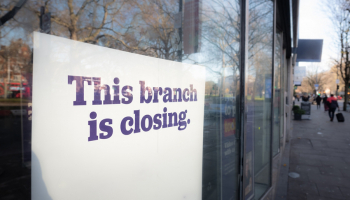 Comerica is set to close 22 of its 432 US branches later this year as part of an overhaul of its retail banking division.

The closures are targeted for completion in September 2022 and include three sites in California, 11 in Michigan, and eight in Texas.

A spokesperson for the bank told Banking Exchange: “All 22 branches will close in September 2022, with the specific locations to be announced at a later time. We are continuously reviewing our network to identify additions or reductions that are best aligned with our strategies, customer engagement and growth plans.

“This current change resulted from a significant shift in the marketplace. We expect colleagues in those offices to have many opportunities available to them with current banking center open positions, as well as other open positions within our markets.”

As part of the transformation, Comerica’s Retail Banking division will introduce new services for customers and small businesses, it said in a statement, while also building more meaningful relationships within the communities in which it operates.

These services include adding more focused roles such as small business bankers in strategic locations and retraining staff in the areas considered most important to customers.

Alongside this, Comerica will roll out enhancements to its technology and processes to “streamline customer interactions and minimize friction”, it said, as well as redesigning its banking center model “to optimize customer experiences”.

In the past few months, Comerica has made a series of changes to the leadership team for the Retail Banking division to support the overhaul.

James Johnson and Theresa Bazan were announced as director of retail risk management and operations and national sales enablement director, respectively, on June 6.