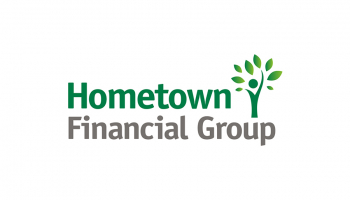 In a joint statement, the groups said Randolph’s Envision Bank will merge into Hometown’s Abington Bank following completion of the deal, to create a $1.4 billion bank with 11 retail locations across the South Shore region of Massachusetts.

The $146.5 million transaction is expected to close in the fourth quarter of 2022, subject to shareholder and regulatory approvals.

The acquisition is the sixth “strategic merger” Hometown Financial has conducted in the past seven years, the banking group said. This latest deal was set to expand Hometown’s market presence in eastern Massachusetts.

Matthew Sosik, CEO of Hometown, said: “With the addition of Envision Bank, we more than double our full-service locations and assets in eastern Massachusetts.”

At completion of the merger, Hometown Financial’s assets will total $4.4 billion, including its bankESB and bankHometown subsidiaries.

Meanwhile, Illinois-based QCR has received regulatory approvals for its acquisition of Missouri-based Guaranty Federal Bank. As a result of the acquisition, which is expected to close on April 1, Guaranty will merge with and into QCR.

In June last year, S&P Global Market Intelligence writers Chris Vanderpool and Kelsey Bartlett highlighted the transaction as a sign of a buoyant merger and acquisition market in the Midwest, in an article for Banking Exchange.

Separately, TriCo Bank, headquartered in California, has completed its merger with Valley Republic Bank. The combined companies will operate as TriCo Bank and its subsidiary Tri Counties Bank, with total assets of $10.1 billion.

The deal was first announced in July last year and was priced at approximately $165.6 million.

TriCo has appointed Valley director Anthony Leggio onto its board of directors and has also resumed its stock repurchase program.