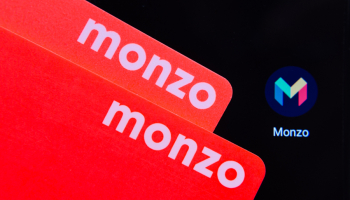 App-based UK challenger bank Monzo has withdrawn its application for a US banking license, according to reports.

The bank, which has five million customers using its app-based accounts and bright orange payment cards, has been exploring an expansion into the US since 2019.

It currently has a small partnership with Sutton Bank in Ohio with a few thousand customers, and in February appointed Carol Nelson as CEO of Monzo USA.

The Financial Times reported on Monday that Monzo had informed the Office for the Comptroller of the Currency (OCC) that it wished to withdraw its application. The newspaper cited a source that said the bank had been informed that its application was unlikely to be successful.

The bank said in a statement: “Following recent engagement with the OCC, we’ve decided to withdraw our banking license application for our US start-up.”

However, it indicated that it would seek other ways to grow its presence in the US as well as reinvest in its UK business, according to Reuters.

Monzo’s statement added: “There are many routes to market we’re exploring that have been successful for other market entrants who are now major players.”

The bank has yet to turn a profit and saw its losses grow to £130 million ($176.5 million) in the 2020-21 financial year, partly due to the impact of the pandemic. Its auditors cast doubt on its ability to continue as a going concern in Monzo’s latest annual report.

However, it has still managed to grow its deposit base to more than £3 billion.

Monzo is currently being investigated by the UK financial services regulator in relation to potential breaches of anti-money laundering rules. The Financial Conduct Authority wrote to UK banks in May to raise concerns about compliance with financial crime laws.