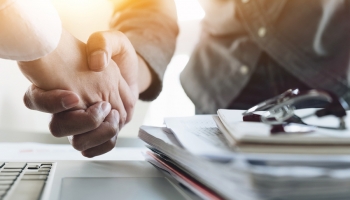 The transaction closed on July 31, according to a statement from Bristol. Freedom bank accounts will become Bristol accounts on September 28.

Patrick Murray, president and CEO of Bristol County Savings Bank, said in January when the deal was first announced that the acquisition would “deepen our already strong ties to the Rhode Island market” and was complementary for the bank “strategically as well as geographically”.

Meanwhile, Provident Financial Services – parent company of Provident Bank – has completed its acquisition of SB One Bancorp and its subsidiary, SB One Bank.

The combined entity has approximately $12 billion in assets and ranks as the third largest bank in New Jersey.

Elsewhere, Delaware-based Delmar Bancorp is to rebrand following its merger with Virginia Partners Bank, which completed in November 2019.

Effective from August 19, 2020, Delmar will change its name to Partners Bancorp, trading on the Nasdaq index under the ticker PTRS.

CEO Lloyd Harrison III said the change reflected the new structure, within which subsidiaries The Bank of Delmarva and Virginia Partners Bank would operate as the “Partners family of banks”, as well as the group’s expansion plans.

“Part of our business model is to acquire other community banks in the mid-Atlantic region,” Harrison said. “Consistent with our model, they will keep their names, charters, and management in order to deliver the best of community banking, while benefiting from the strength of a larger, multi-bank holding company.”

The group also owns branches in South Jersey and Philadelphia trading under the Liberty Bell Bank brand, as well as locations in Maryland under the name Maryland Partners Bank.

Lewis & Clark Bank is now a wholly owned subsidiary of Lewis & Clark Bancorp, shares of which now trade under the ticker LWCL on OTC Pink, a market operated by OTC Markets Group.

Jeffrey Sumpter, president and CEO, said the creation of a holding company would “allow for increased access to capital markets and will provide the flexibility needed for the continued growth of the company, as well as opportunities for expansion into new lines of business”.