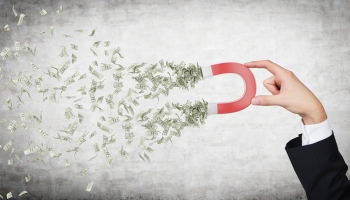 The $669 billion Paycheck Protection Program (PPP) could boost revenues across the US banking sector in the coming months, according to analysis by S&P Global.

The ratings agency calculated that banks had to date earned roughly $20.3 billion in fees from processing PPP applications and payments, based on data from the Small Business Administration (SBA).

The SBA pays the fees, and banks are not permitted to charge the businesses accessing the loans.

Some banks have not kept the fees generated by the program: Wells Fargo stated last month that any fees from the PPP would be distributed as charitable grants to non-profit organizations supporting small businesses.

S&P Global’s research found that Customers Bank had earned the most, generating $95 million in fees from an estimated $5 billion worth of PPP loans processed. This amounted to 28.4% of its net interest income over the 12 months to March 31, 2020, while the PPP total was equal to half of its total loan book at the end of the first quarter.

FNB earned $63 million from $2.1 billion worth of loans, while Pinnacle Financial earned $50 million from loans worth $1.8 billion, S&P Global reported.

“In an environment marked by weak loan demand across many sectors, PPP lending stands as one of the few near-term opportunities,” wrote S&P Global’s Harry Terris and Rucha Khole.

PNC has predicted that its participation in the PPP would boost its overall second-quarter lending by 10-15% relative to the first quarter of the year, while Synovus indicated in its first-quarter earnings report that the program was likely to become a “primary engine for loan growth” in the short term.

Banks have redirected resources to processing PPP loans in recent weeks. Fifth Third launched a recruitment program last month to add 1,000 customer services positions – although these jobs were not specifically related to its lending operations.

Even if the loans are not repaid in full, given the government guarantees lending banks will not lose out. Jay Sidhu, chairman and CEO of Customers Bank, said in a first-quarter earnings call that if a quarter of loans were not forgiven the bank stood to earn $8 million more in interest income.

However, others have warned that the fees earned – even if kept by banks – were likely to be used to boost credit loss reserves in anticipation of an increase in loan defaults elsewhere in their businesses.