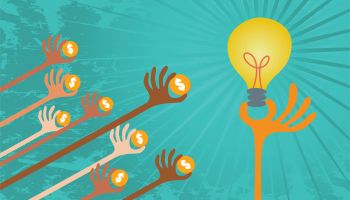 Small-to-mid-sized banks (and even larger institutions) have been feeling the pressure to move down market to service small business loan demand. This is a slippery slope for most banks because of the inherent risk in micro-lending to small businesses that don’t quite fit the traditional underwriting criteria of most banks.

However, the FinTech boom spawned from the financial crisis and subsequent tightening of institutional credit of 2008 shows that the micro-lending marketplace is too lucrative to ignore. And in 2018, no category of lending was bigger than merchant cash advances.

The upheaval in the retail marketplace caused by the transformative forces of E-commerce has completely redefined retailing; and in the process has seen the underwriting rules for lending to retailers get redefined as well.

Because of the predictable nature and transparency of E-commerce activity and the repayment predictability through the payments platform, companies like Shopify can lend with limited downside risk and enviably low default rates. What’s more is that they have captive clients that borrow on a continuous basis.

FinTech E-commerce players like Shopify, PayPal and Square are ideally suited and well-positioned in the merchant cash advance market and their growth as lenders has been nothing short of explosive. According to its quarterly earnings report, Shopify originated $277 million in merchant cash advances in 2018; while the largest player in the market, OnDeck reported close to $2.5 billion in originations in 2018.

The velocity of their respective growth has taken the brick and mortar banking industry by surprise and by many estimates can threaten to encroach on more traditional types of banking business, like checking and savings accounts.

Lurking in the background for larger-ticket loans are the big players like Amazon and American Express Open. With these forces on the competitive horizon, can banking be going the same way as retailing? Will there be the equivalent of the Amazon Effect in banking? It is very likely indeed, but just like retailing, those who adapt will survive.

Adapt or Die: Time of Reckoning for Regional Banking

While banks are unlikely to overcome the pure-play ecommerce and mobile onslaught posed by the new FinTech powerhouses, they can compete and survive. There is no bigger battle to fight as a regional bank that adapting to the digital economy.

Regional banks will experience a significant contraction, even beyond what is already been set in motion through failures and mergers since 2008. And while failures are ebbing, significant mergers are accelerating. The battle to stay relevant in the ascendency of non-banks will not be the banking industry’s finest hour. These times call for embracing digital innovation and eating a bit of digital humble pie. That means partnering with and/or licensing Fin-Tech applications and business practices.

Similar to operating a store on Amazon, banks would be well-advised to adapt to the inevitability of digital markets or be rendered obsolete. What makes this case more compelling is that Fin-Tech lending platforms often yield relatively higher margins per transaction than traditional lending. So a regional bank that partners with a Fin-Tech lender is likely to increase originations and still make higher average margins even sharing revenue with their Fin-Tech partners.

It comes down to corporate pride and listening to the marketplace; the digital revolution has stamped an expiration date on traditional banking. Regional banks have managed to survive many challenges over many decades, but those who resist this change may not be around to tell the tale.

Tim Kelly is a contributing editor to Banking Exchange. He has extensive experience in the financial sector, lending sector and the Global Forex market.