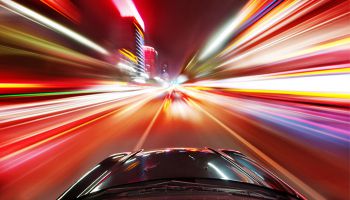 In the age of the ephemeral short message, I came upon one, that, at 163 characters, would fit easily into the expanded Twitter format—and it would be worth retweeting. It would also be worth reading.

If that puts you off reading further, I understand. If it were a diary entry by a dead field hockey legend I probably wouldn’t read any further, either.

But then we’d both miss out, because it’s very much worth reading, and applicable to just about any situation, business or otherwise.

Looking beyond the obvious

As it happened, the race car driver referred to was Dan Gurney. Any car-crazed teenager in the 1960s knew that the tall, good-looking southern Californian was successful in just about any car he raced. Those teenagers—as I can personally attest—are now mostly in their 60s. Some of them may have noted that Gurney died Jan. 18 at the age of 86.

Car & Driver’s John Pearley Huffman wrote a wonderful obituary of Gurney that filled in many details about his remarkable life both behind the wheel and as a race-car designer and builder.

As admired as Gurney was, even autosport fans might occasionally wonder just how bright these guys (and a few gals) are, hurling themselves around racetracks right at the edge of control.

Highly skilled and knowledgeable about what they do? Absolutely.

But bright lights and role models? Not so sure about those.

We humans tend to judge our fellows based on their appearance, position, where they went to school, title, occupation, and family background. We all do it to varying degrees, even though we claim we don’t.

But every once in a while something shakes up that unfortunate tendency. Such was the case as I read the obituary about Gurney.

The article commented on how he was very methodical in his approach to setting up and driving high-powered cars very fast. It reproduced a diary entry Gurney wrote in 1959, originally reported in an article in Sports Illustrated. Here is the entry as it appeared in the obituary:

“Plan each day. Accomplish everything. Do not be late. Be strong. Maintain edge, stay alert. Toughen hands. Will power over all. Be true to self and true to others.”

Mind you, Gurney was only 27 when he wrote that. But he packed a lot into 163 characters. Maybe he heard it or parts of it from someone, or read it somewhere, or perhaps it was entirely his own thinking.

Either way, clearly he valued the principles enough to enter them in his diary. That alone indicates a lot about a man. Many who didn’t know him might have dismissed him then or now as basically a “car jock,” however much they admired his driving skill.

Three points worth a look

One diary entry doesn’t tell the whole story, of course, but it does indicate a rather thoughtful young man who was at least attempting to guide his life according to some very high standards. I liked it enough to write it on a “sticky” on my computer screen.

From a business perspective I particularly like it because of how Gurney paired “Plan each day” with “Accomplish everything.”

Now, the “everything,” it’s true, might reflect youthful optimism. But still, it’s no use making plans—even really good plans—and then failing to implement them or bring them to conclusion.

• “Will power over all.” How important that point is in shaping one’s life, but how seldom is it mentioned in these times when “feelings” seem to be the main focus. It’s how plans get accomplished when all we see are obstacles.

• “Be true to self and true to others.” (Echoes here of a line from Hamlet.) Every day in dealing with clients, co-workers, superiors, subordinates—anyone—we have the opportunity to apply this.

• “Toughen hands”—probably reflects what Gurney did for a living. In 1959 race cars did not have power-assisted steering and you had to be strong (so I’ve read) to wrestle them around a track at speed.

Go by merits, not credentials

All in all this little vignette just shows you that common sense, good qualities, even wisdom, can be found in seemingly unlikely places.

To the extent we can view people we work with, or customers, or suppliers through this lens—not one colored by how much they make, or where they went to school, or how many LinkedIn connections they have—the more smoothly and effectively will our business be run.

That isn’t at all the same as insisting on a false sense of “feel good” for everyone.

Obviously not everyone is wonderful, talented, knowledgeable, cooperative, etc. Rather it encourages dealing with people fairly on their merits, not their credentials or pedigree, which makes for a more honest and a more cooperative organization.

Tagged under Human Resources, Management, Blogs, Like It or Not, Feature, Feature3,

More in this category: « Whack-a-mole is not a strategy Love those “change agents”! »
back to top