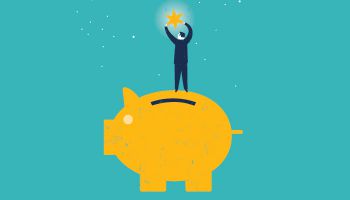 California is home to movie stars, rock stars, Silicon Valley stars, and even some financial services stars. But when John Williams, president and CEO of the San Francisco Federal Reserve Bank, recently devoted a speech to the “new normal” of interest rates, he featured three stars you may not have heard of: R-star, G-star, and U-star.

Much as these might resemble movie audience classifications—no M-star or X-star though—they are terms of economists. Specifically they are those dealing with market interest rates and related factors. Williams was explaining the current economic and interest-rate picture for business leaders at a community leaders event in Salt Lake City.

“I frequently hear people say, ‘as things return to normal, and rates rise, we’ll be able to do A, B, or C’,” said Williams. “It’s true that, post-financial crisis, things are returning to normal. But normal may look and feel quite a bit different from what you’re used to…”

[Speaking of “normal,” Williams gave the normal Fed disclaimer in speeches that he was speaking his own views and not necessarily those of the Federal Reserve System.]

Williams noted that for many “normal” connotes the 1990s, when interest rates were often above 4%. However, he said normal for the foreseeable future will be lower, such as today’s short-term rate of 2.5%.

“The new normal is likely to be 2.5% and we all need to prepare accordingly,” said Williams.

“In the new world of moderate economic growth, we all need to plan for relatively low rates for the foreseeable future,” said Williams.

But back to the stars.

“R-star,” said Williams, “is what economists call the natural rate of interest. It’s the rate expected to prevail when the economy is at full strength, and it’s a helpful way to understand the new normal both in the short and longer term.”

R-star is the real, or inflation-adjusted, interest rate. Williams pegs it at 0.5% currently. Assuming an inflation rate around the Fed goal of 2%, that makes the typical short-term rate 2.5%.

“That’s a full two percentage points below what a normal interest rate looked like 20 years ago,” said Williams.

Among the factors that have pushed R-star low is a much slower growth rate in the economy than seen in prior decades.

The term for the potential growth rate is G-star. Williams pegs this at 1.5% for inflation-adjusted GDP.

“This is the slowest pace we’ve seen in our lifetimes,” said Williams. He said this stems from sharp declines in labor force growth due to massive Baby Boomer retirements and extremely low fertility rates in the U.S., leading to fewer new workers. Productivity growth is also far off normal.

America will have to learn to make plans based on moderate growth and relatively low interest rates, Williams warned.

The Fed must also learn to play its role differently.

“Conventional monetary policy has less room to stimulate the economy during an economic downturn,” he observed. “In the event of a future recession, we will need to lean more heavily on unconventional tools, like central bank balance sheets, keeping interest rates very low for a long time, and potentially even negative policy rates.”

As noted, G-star refers to the economies growth potential, which Williams said is also moderate.

Growth is a double-edged proposition, according to Williams.

Too much growth and you have a bubble or other problems such as high inflation.

“This is exactly what we want to avoid in order to keep the economy on an even footing and reduce the likelihood of a deep recession,” said Williams. “Put simply, the goal of monetary policy is to keep the expansion going as long as possible, which means maintaining a sustainable pace.”

On the other hand, Williams said, inflation has proven a bit unpredictable. The Fed was trying to pump it a bit, but it has slackened.

One factor is that certain core prices have been falling. Williams noted that there have been “outsize drops in prices for pharmaceuticals, airline tickets, and cellular phone services.” And decreases in some health-care charges, driven by the Medicare program, have also had an impact, Williams said.

The final star in Williams’ constellation is U-star, which refers to the employment picture.

“When it comes to our employment goal, I think of this in terms of the unemployment rate relative to the natural or ‘normal’ rate of unemployment,” said Williams. “Now, you’re going to be really shocked to hear that is what economists call U-star. We can’t know precisely what the normal rate of unemployment is, but I put it at about 4.75%.”

In September, Williams said, unemployment fell to 4.2%, meaning that the Fed had outperformed on that score.