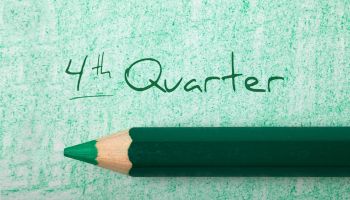 As community banks and thrifts begin reporting fourth-quarter 2014 earnings results later this month, analysts will look for insights on how management teams are preparing for a rising interest rate environment, on appetites for mergers and acquisitions, and broadly on macro-economic conditions and loan demand.

The way in the West

Aaron Deer, an analyst at Sandler O'Neill & Partners, told SNL that, aside from a typical seasonal slowdown in loan demand late in the year, he expects most community banks in his Western coverage territory to report decent loan growth, with some areas performing better than others depending on the economic vigor of given markets.

Deer said bankers in strong Pacific Northwest markets such as Seattle, for example, seem notably upbeat, and he said a recent string of visits to banks in Southern California turned up similar optimism.

But it is less clear how strong demand for credit is in other areas of the West, and earnings season should shed light on that front.

"I think we will see variation by region," Deer said.

Outlook in the East

Previewing banks in the East, RBC Capital Markets analyst Gerard Cassidy said in a report that he expects loans to increase at a median annualized rate of 4% sequentially, suggesting that demand remains at least modest on that side of the country. Markets such as New York City and Washington, D.C., stood out as robust in recent quarters, and observers will seek to glean from earnings season if other cities or regions in the East are gaining ground.

Cassidy said sources of steady activity for many banks have included credit cards, commercial-and-industrial loans, and commercial real estate loans. The profitability of such loans, however, has not been strong by historical standards, given stiff competition and a prolonged low interest rate environment that has squeezed net interest margins. Cassidy does not expect banks to report much change on that front for the fourth quarter.

"We expect spread revenues to continue to contend with NIM pressure as a partial offset for continued loan growth, resulting in flat net interest income growth both sequentially and year-over-year," he said.

The interest rate environment, however, could soon begin to change. Federal Reserve policymakers have indicated they could boost short-term rates at some point this year. As such, all eyes are on banks' efforts to position themselves to capitalize on higher rates—or at least to protect themselves from adverse effects.

Adam Mustafa, who advises community banks, told SNL that lenders need to walk a fine line as they wait for uncertainty on the rate front to give way to actual change. He said some community banks, particularly when it comes to CRE, have been too aggressive on lending, winning business by offering low rates on long-term loans in order to produce near-term growth.

Mustafa, co-founder of Invictus Consulting Group, said some banks have relied too much on traditional loan reviews to make credit decisions.

So, for example, these lenders assessed the risk of 2014 loans much as they did 2009 loans. Problem is, coming off the 2008 financial crisis, loans in 2009 were typically made only to customers with pristine credit and at rates that were higher than they are today.

Loans made in 2014 often carried at least some higher level of credit risk and were often issued at rock-bottom rates, Mustafa noted. As such, some banks could be left holding fixed-rate credits that will produce anemic profits relative to those of competitors who proved more disciplined on pricing and who waited for higher rates to get aggressive on lending.

"You need to look at your loan portfolio by vintage," Mustafa said. "The day you make a loan helps define its risk profile."

More shakeout on the way?

Banks that have taken these issues into consideration and cautiously worked to both grow loans and reposition their balance sheets to become more asset-sensitive in preparation for higher rates, while also setting aside capital for future deployment, could prove particularly well-positioned for a new rate environment. But those that have been too aggressive—or too passive—could struggle, Mustafa said.

"The banks that are not prepared for this are going to get squeezed," he said.

Mustafa thinks that another big shakeout in bankland looms, with those able to capitalize on rising rates emerging as winners. Mustafa said these winners will be well-positioned to continue as bank buyers, or become buyers, and they could see an increasingly populated landscape of targets, as many banks that struggle with rising rates are bound to become sellers.

This should drive continued bank M&A, he said, picking up on an active 2014 that was driven in part by many small banks deciding to sell in order to get out from under the weight of heavy regulatory burdens. There were more than 290 whole-bank deals announced last year, according to SNL data.

"I'm not here to be doom and gloom," Mustafa said. "I'm saying that the smart banks—and they are out there—are positioning themselves to really pounce" when rising rates force change in the industry. "And that's about successfully navigating uncertainty now."

Only certainty is uncertainty

Survey results released this week from KPMG LLP show that, when asked about the likelihood that their bank will be involved in M&A during the next year, 49% of community and regional bank executives answered that they were "somewhat" or "very likely" to be a buyer, up from 40% a year earlier. KPMG surveyed 100 senior bank executives.

All of that noted, Deer reminds, a change in the rate environment is hardly a sure thing.

"We have been talking about a rise in rates for five years or so now," the Sandler analyst said. "And it hasn't happened yet. … I think you have to be ready for it, but at the same time, it's one of those don't hold your breath kind of things."