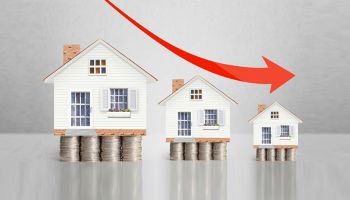 This marks continuing improvement over the rate seen during the financial crisis, but there’s a way to go yet, before the rate comes down to the traditional “normal” level. That is in the range of 1.5%-2%, according to Steve Chaouki, head of financial services for TransUnion. The company considers a mortgage delinquent if it is 60 days or more past due.

Chaouki said that the latest report is consistent with the credit reporting and analysis firm’s expectations, and added that the company expects delinquencies to continue to fall.

He said that the firm continues to see a dual level of performance, newer loans performing better than seasoned troubled mortgage debt. However, the latter segment is improving, as well, as more seasoned debt makes it through the foreclosure process.

TransUnion’s report indicated that borrowers of all age groups are contributing to the improved loan performance. However, the youngest group tracked, the under 30s, have the lowest delinquency rate, at 2.34% in the second quarter. These customers represent the smallest group of mortgage borrowers, accounting for under 5% of the mortgage accounts tracked.

Chaouki said this group’s performance was not a reflection on the other groups’ attitudes toward their debt, but rather a factor of the youngest home-borrowers’ debt being very new. Simply by reason of their ages, these borrowers entered the mortgage market as the economy began improving and lenders came back in, but cautiously.

“It is encouraging to see younger borrowers perform well, since their generation was significantly impacted by the recession and their loans are among the newest,” said Chaouki. He pointed out that many were too young to obtain mortgages in the run-up to the crisis.

However, he said TransUnion has detected widespread conservatism, post-crisis, among both borrowers and lenders.

“People have probably been getting loans that have left them less stretched,” said Chaouki. It is possible that a reported trend towards buying smaller homes, which would have corresponding price-tags, may also be a factor, he suggested.

Back in January many elements of Consumer Financial Protection Bureau’s new mortgage lending regimen went into effect, including the qualified mortgage standards (QM) and the ability-to-repay (ATR) requirements therein. Has that had an impact on delinquency levels?

Chaouki noted that mortgages made under those standards represent only a small part of outstanding home loans. But in the immediate picture he doesn’t think the CFPB’s standard will move the needle significantly.

“More conservative standards won’t have too much of an effect,” predicted the TransUnion executive. He said that lenders’ mortgage standards had already become quite tight. He suggested that if lenders didn’t ease a bit, it might actually slow down the economic recovery.

One area where there has been growth in home equity lines of credit (HELOCs). Chaouki said that TransUnion has seen the most fresh opportunity there, as home values begin to rise again.

“We are hearing anecdotally from our customers that homeowners are beginning to look at home equity borrowing again,” said Chaouki.

A few weeks ago TransUnion unveiled major research in the home equity area. Read our coverage of this, “HELOCs: Will weather be better than the forecast?”