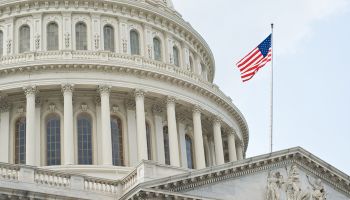 Representatives of the Consumer Financial Protection Bureau had both good news and bad news for delegates at the ABA Government Relations Summit in Washington this week.

The good news was that they recognize that there are shortcomings in the new mortgage regulatory scheme that went into effect in January, for the most part.

“Don’t think that we decided to turn our backs” on issues that need clarification or rethinking, CFPB’s Kathleen Ryan told bankers in an early morning breakout session that was heavily attended.

Ryan, who is deputy assistant director for the bureau’s Office of Regulations, said the agency came to a point last fall where “we put the pen down.”

The intent was not to be finished for all and good, she said, but to be finished so banks could have a static set of rules to work with towards complying by the January 2014 deadline.

Ryan said that the bureau recognizes, for instance, that banks want broader application of certain exemptions put in place over the course of last year. In 2013 a long run of clarifications, adjustments, tools, and more were issued, prompting complaints from bankers about the sheer amount of reading to be done to comply and determine applicability of rules. Hence the bureau’s decision to be done—for a time.

The bad news? Only that bankers seem to get antsy when CFPB talks about making more changes in its young regulations. There are things they want, but they don’t know what else they will get.

Ryan was joined by her co-panelist, Brian Webster, Originations Program Manager/Mortgage Markets at CFPB. The bankers who asked questions—more typically they made statements—made it clear they were worried about the impact of the bureau’s rules and future rulemaking on the industry’s business model.

ABA Chairman Jeff Plagge took the mike first, after the regulators made their opening statements and updates (see later section). He warned the bureau representatives about restricting consumer access to financial products. Most specifically, he cited the pending prepaid card rules that the regulator has been working on. He pointed out that bank prepaid programs already come under compliance rules, and expressed concern that further regulation, too broadly applied, would drag down banks’ programs while attempting to check practices by nonbanking providers.

Plagge also warned the regulators about attempting to over-regulate small business lending, which has come under partial authority of the bureau.

“The more you try to ‘consumerize’ small business credit,” said Plagge, “the smaller you make the small-credit box.”

Plagge continued to speak of credit availability as a “box” when he turned to mortgages. He said many banks have decided to stick to QM loans for now, which means they are offering mortgages in a smaller box. They are comfortable in that box, he said, because of its legal protections, but the smaller the box, the fewer consumers served.

Plagge warned that a risk of new regulation was making consumer’s credit box smaller and tighter.

Oklahoma Bankers Association President Roger Beverage reeled off the results of a member survey and concluded that two-thirds of the state’s banks will only make QM loans.

At one point the regulators indicated that CFPB believes most lenders have not had to change their business model to handle the new rules. They indicated that only practices such as interest-only mortgage and similar exotic products had gone away.

The skepticism in the room was palpable.

Pending issues at the bureau

The regulators updated bankers on a range of rulemaking and related work:

• A draft prepaid card rule is expected to be published in mid-2014. Meanwhile, the bureau continues to evaluate the overdraft area, with no definite next action specified.

• Data-gathering rules for small business lending along the lines of HMDA were mandated by the Dodd-Frank Act and tasked to the bureau. Ryan said that those rules are sometime off. The bureau wants to get some experience with the expanded reporting under HMDA before moving ahead with the business rules.

• Work continues on the bureau-engineered combination of the Truth in Lending Act and the Real Estate Settlement Procedures Act. The merged rule is required to be effective in 2015, and staff are working hard, Ryan said, to combine and redesign the complex regulations.