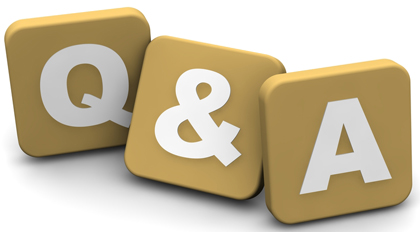 Many community bankers worry that in time Dodd-Frank Act strictures on larger institutions will come down to their level, through the examination process, as encouraged or expected “best practices.” Some consultants have already been beating that drum.

Is it true? a banker asked at a session at ABA’s National Conference for Community Bankers. FDIC’s James Watkins, deputy director, supervisory examinations, said he’d heard such talk. He denied that was the case.

First off, he said, acting FDIC Chairman Martin Gruenberg is on record saying that Dodd-Frank was chiefly designed for the largest of the large banks, citing living wills for megabanks and other segments.

There are some business strategy profiles that seem more pronounced, said Watkins, and those are banks that ended up with heavy concentrations in commercial real estate, construction portfolios, or rapid growth in general. “So institutions with large concentrations in real estate, you would expect them to be able to stress [test] their portfolios,” said Watkins. “But those are unique cases and not every bank has such concentrations. And many who do are managing them very effectively.”

Watkins’ often conciliatory tone was in keeping with a presentation that, while dealing mostly with attendee questions, opened with a short description of FDIC’s pending community bank study. This is a high priority for Gruenberg, and the ABA meeting, held in late February, followed just after the agency’s Future of Community Banking Conference. Bankers, while frequently definite in asking their questions, didn’t appear as angry or combative as they have at similar FDIC gatherings in years past.
Getting into banker concerns
Bankers brought some very specific questions to Watkins, as well as broad questions dealing with industrywide concerns. One example of the latter were questions probing FDIC’s attitude on examination appeals, and, obliquely, why FDIC and other agencies have been opposing many aspects of the pending Financial Institutions Examination Fairness and Reform Act.

Watkins volunteered that FDIC’s research division was already probing both banker and examiner viewpoints, as part of the community bank study, and noted that there were some areas of common feeling. One point--bankers murmured their approval--concerned the many forms and reports bankers fill out prior to the arrival of exam teams. Watkins said an attitude that came through from research among examiners was, “Wouldn’t it be nice if we looked at that before we got to the bank?”

“One thing you should know about FDIC examiners,” said Watkins, who started as one himself. “They are not shy about sharing their opinions.”

Nor are bankers, as the audience demonstrated.

Bankers wondered about FDIC’s capital expectations, and one bluntly asked, What’s THE number? Watkins insisted, to bankers’ accompanying groans, that there was no such thing. He said that in some cases, such as de novo banks and troubled institutions, there were specific requirements or expectations. (And there are, of course, legal standards such as the Prompt Corrective Action rules that go back to the FDIC Improvement Act.)

But otherwise, he said, “there’s no script that says it has to be a certain number.” He said the agency wants enough capital to match the bank’s activities, and naturally wants more capital for institutions in difficulty.
Bankers and Watkins discuss appeals
A key issue in debate over the pending Examination Fairness and Reform Act is the interagency ombudsman appeals process that it would set up, housed at the Federal Financial Institutions Examination Council. FDIC and other regulators have defended their existing appeals processes and ombudsman functions.

In addition to reflecting those objections, Watkins spoke of agency concerns about letting an external ombudsman go so far as amending accounting treatment of items disputed with examiners. That, and empowering a third-party ombudsman to override examiner classification of loans, concern him. Both could “lower standards and be inconsistent with GAAP,” he said.

Watkins resisted what he reads as a industry belief that existing exam appeals routes don’t work out for bankers. The pending legislation, backed by ABA, reflects this view, including a bar against examiner retaliation against banks that appeal, for instance.

“Appeals go both ways,” Watkins admitted, but plenty have been ruled in the appealing bank’s favor.

“We really want the bank to be properly rated and we hate it when a bank fails--it’s really awful,” said Watkins. As a result, he continued, examiners and higher supervisory officials take it quite seriously when a bank has a disagreement with FDIC.

“I have seen banks be reluctant to recognize problems,” said Watkins. “Sometimes that reluctance winds up being more costly. Addressing issues early is healthy for the industry as a whole.”

“If you find yourself in disagreement, take a good hard look at what those issues are,” said Watkins, and make sure that disagreement is legitimate. If it is, taking it to the field office and further up the regulatory chain may work out.
Get the report card out on time
Delivery of timely examination reports is also addressed in the legislation, and Watkins said that his division at FDIC, which handles safety and soundness exams, said the target was 45 days after the end of the examination. Reports may run beyond 75 days, he said, but anything lagging that long must come to him, and “that’s not a very long list,” he said. The legislation requires delivery of the report to the bank within 60 days of the close of the exam, with an extension permitted if the exam team had to request additional materials while compiling the report. Watkins said he’d seen reports take an unusual amount of time, but noted that these involved atypical situations.

Watkins said he was not familiar with the trend in report delivery in FDIC’s compliance examination regime and couldn’t comment on it.
Advice from Watkins
In addition to reacting to banker questions, the FDIC official also broached some issues that he felt bankers should be discussing.

One was future trouble. “So,” said Watkins, “What’s the next crisis?” He said FDIC was concerned about interest rate risk, given the current unusual environment. Banks should have a clear idea how their institutions will fare should interest rates spike, he said.

Watkins also advised CEOs to spend some time discussing the coming end of the “TAG” program with their boards. TAG, the “Transaction Account Guarantee” program, expires after its partial extension under Dodd-Frank on Dec. 31, 2012. Watkins said that he’s heard mixed thinking on the impact of the end of TAG on banks. Board members should be discussing the implications for their institutions, he said.
FDIC and CFPB from bankers’ viewpoint
The issue of the new Consumer Financial Protection Bureau came up at several points in the discussion, with Watkins attempting to assuage community bankers’ concerns about the bureau.

“My sense is that CFPB is really focusing on nonbanks’ activities and on very large institutions,” said Watkins.

A banker stood and told Watkins that it was “disingenuous” for FDIC to say such things, as Dodd-Frank revamped the FDIC board to include the head of CFPB. How, he asked, could anyone claim that CFPB wouldn’t affect small banks?

Watkins said in response that “it will probably be helpful to CFPB to get input from community banks on how they do things.”

More generally on the issue of consumer compliance, a bankers association executive from a state with many small community banks said that he has been hearing that many of his organization’s members have been having trouble with compliance regulations, due to an emphasis on minutiae.

Examiners are focusing on technical aspects of compliance, the executive complained, rather than on the substantive issues that caused particular rules to be put in place.

Typical, he said, was a member of his group that was forced to return all overdraft fees charged because in one place its overdraft charges were referred to as such, and in another as NSF charges. He complained about enforcement of the “hypertechnical, when the consumer wasn’t harmed at all.” He said very small banks can’t achieve complete technical compliance in all areas.