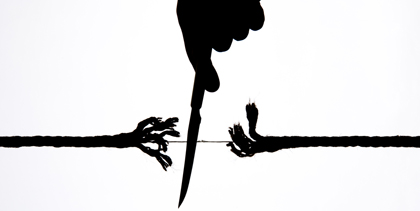 If you were pressed, could you tell your community bank’s essential business “story” in five minutes? Ten minutes? Thirty minutes? Would it take longer?

Then you’d better think harder and pare it down to its essential points, or you won’t hold potential institutional investors’ interest, warned investment banker Al Laufenberg during a session at ABA’s National Conference for Community Bankers on raising capital.

To dramatize his point, Laufenberg, managing director at Stifel Nicolaus,  described a recent meeting he’d had, having flown a client’s CEO and top team to meet with a big potential investor.

The investment banker and his client group were ushered into a conference room. But a representative of the investor came in and said, “You know what, Al, we’re sorry, but we made a mistake.”

He invited them to use the room, check their emails and make their cell calls, and to enjoy the lunch that had been ordered in.

But there would be no meeting.

Expert and client were dumbfounded.

The representative saw the blank looks and realized something more needed to be said.

“Look, you seem like nice guys” he said. “But we ran your numbers again just before this meeting. And we think this is a complete waste of time. We think you’re going to fail. But we wish you the best of luck.”

Now what?…
Recovering from a stomach punch
“The team’s jaws had dropped, but the CEO was ready,” said Laufenberg. “He said, ‘I understand your point, but I think you’re wrong, for the following four reasons …’.”

“We had rehearsed this approach,” said Laufenberg, “because you don’t know what kind of investor you are going to get.”

He advised that when you are meeting with groups of investors, have different soundbites down—a 30-second version, 60 seconds, 5 minutes, and 30 minutes.

“If it takes you 60 minutes to tell your full story, you need to stop and think about what makes you different,” Laufenberg warned.

“When you start meeting with investors with a very limited amount of time, they’ll start whipping out their Blackberries three minutes into your presentation, and their focus on you after three to five minutes will start dropping.” But there is also gamesmanship afoot here.

In reality, said Laufenberg, the “broken appointment” was really a test.

The investor wanted to see if management really believed in the bank themselves, and if they knew clearly how the bank was going to survive, rather than just flying in to rattle a tin cup for capital.
Making it onto investors’ radar
Cynical? Call it realistic.

“Investors will go wherever there is money to be made,” said Laufenberg. “And people are starting to take a fresh look at the banking industry.” Laufenberg believes that investors’ wallets will more readily come out of their pockets in the second half of 2012.

What makes the current interest different comes down to credit. Before the crisis, investors wanted to know who could grow loans the fastest. Now, they want to know which institutions knew best how to underwrite loans.
Importance of objectivity
For management, getting the bank’s message down begins with objectivity: seeing the bank as it truly is. “I understand the challenges of objectivity,” says Laufenberg. He said he’s reminded of them every time he weighs in at the doctor versus when he looks himself in the mirror at home. He always weighs 20 pounds more than he thinks.

“If you have 10% nonperforming assets,” said Laufenberg, “You’re not going to raise money above reported tangible book value.” Today’s investor audience is focused on the balance sheet, not so much on the earnings statement, he said.

The bank’s team has to be ready to see the bank as others will see it. But sometimes the “others” can be controlled.

“As you think about capital, the further you get removed from people who know you, and how you operate, the more you get lumped in with all the other banks,” said Laufenberg. “If you’re in California, and you’re calling a New York investor, they’re going to view you as just another community bank.”

Laufenberg said it is not unusual to hear from potential investors that they don’t see the advantage of investing in a community bank. “Why should I tie up my money for five years in an illiquid investment?” is a question he’s heard. Typically such investors could readily buy shares at below book value in a publicly traded bank.

So, sticking closer to home may be the solution.
Indeed, Laufenberg advised listeners not to forget the bank’s current investors when seeking more capital. Some may  have reached their limit for investments in the bank, but others may not have.
“If you call a current client or shareholder, they know your bank is different, because they’ve had [dealings] with your board of directors, your management team, your lenders, your branch network.”

“Existing shareholders, we’ve found repeatedly over the last couple of years, want to invest or reinvest with you, but sometimes they need an extra kicker, such as a coupon or a convertible security,” he said.
Know why you want the money
To a degree, bankers seeking capital will want to not only match their needs to investors’ appetites for community bank investments, but will also want to synch up on the investment horizon, according to Laufenberg.

Capital is a means to an end, he explained, and management should have a good idea what that end is.

“Ask yourself  where you want to be in three to five years,” advised Laufenberg. Does the bank want to be an active acquiror? Does it want to sit tight, growing organically? Or does the board wish to sell in that time frame?

If selling the bank 3-5 years out is the plan, then private equity investment may be just the capital shot that management needs. That’s the type of investment track most private equity sources seek, their intent being to grow a bank to the point where it will be an attractive target, which enables them to recoup their investment and reap their rewards.