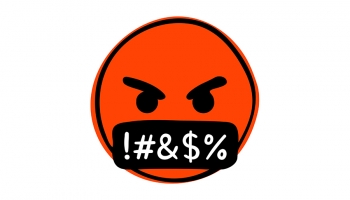 Reuters reported that Scharf had angered some staff by asserting that the bank had had difficulties in hitting its diversity targets because of a lack of qualified minority candidates, during a company Zoom call and an internal memo.

In a statement published widely last week, Scharf apologized for the “insensitive comment reflecting my own unconscious bias”.

“There are many talented diverse individuals working at Wells Fargo and throughout the financial services industry and I never meant to imply otherwise,” Scharf stated.

“I’ve worked in the financial services industry for many years, and it’s clear to me that, across the industry, we have not done enough to improve diversity, especially at senior leadership levels.

“And there is no question Wells Fargo has to make meaningful progress to increase diverse representation. As I said in June, I have committed that this time must be different.”

Wells Fargo is soon to appoint a leader for its new Diverse Segments, Representation & Inclusion Group, the CEO said, who will be responsible for “advancing the company’s diversity efforts in the marketplace and workplace”.

Scharf also highlighted recent appointments and promotions, including Lester Owens as head of operations and Ather Williams III, who will join in October as head of strategy, digital and innovation. Both are also joining the bank’s operating committee.

The company has also introduced a requirement for “diverse candidate slates” when making key appointments paid more than $100,000, as well as “increasing business with diverse suppliers”.

“I am committed to continuing to listen and learn and appreciate all of your help in driving meaningful change at our company,” Scharf added. “While we have a lot of work to do, I am encouraged by our early progress.”

The new position will “support HSBC’s charge to create a more inclusive culture and drive meaningful change in the US market”, the company said.

It said Jardine would bring “transformational ideas and initiatives” to accelerate its progress on diversity issues both within the bank and in the communities in which it operates.

President and CEO Michael Roberts said: “The events that have unfolded this year – from the killing of George Floyd to the resurgence of the Black Lives Matter movement – have emphasized the need for change.

“As an organization, we need to address how we approach inclusion and the culture we are nurturing, and ensure we are fostering an environment that appropriately represents the diversity of our world today. I am excited to have Ralph step into this role and lead the charge for us. His experience, enthusiasm and perspective will help us grow as individuals and as an organization.”

Jardine has worked at HSBC since 2003 in a variety of roles, most recently as head of the bank’s commercial banking “people excellence” team, which he established in 2017. He also serves as a global co-chair of Balance, the bank’s gender diversity employee resource group, and as vice chair on the African Heritage ERG Advisory Board in the US.

In June, banks across the US pledged action on their own internal policies as well as investment into minority business and communities in the wake of nationwide protests at the deaths of George Floyd and others.