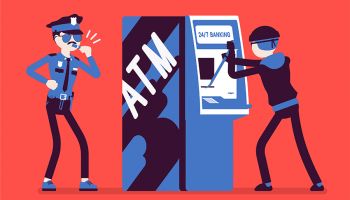 In September of 2019 10 Dutch citizens were arrested in Belgium for blowing up cash machines throughout the country, facing at least three years of jail time in this country.

They were successful in blowing up six cash dispensers.

The new threat is within the Netherlands, and most of the ATMs being targeted are owned by ABN Amro Bank. The bank stated that it was forced to close ATMs that are close to residential housing due to safety precautions as vandals continue to attempt to destroy their locations. However, the bank is determined to seek alternative locations in order to continue with its ability to dispense cash for its customers throughout the country.

The threat is real, as the Dutch government stated that there were more than 60 attempts to blow up ATMs this year, in addition to other attempts by thieves to break the machines. The gang of thieves tend to use gas to cause the cash dispensers to explode, and wear clothing that can make it difficult to detect their identity by video cameras.

In addition to security measures, banks in Belgium and the Netherlands are considering new ways to make ATM locations immune to the vandals’ measures of destruction.