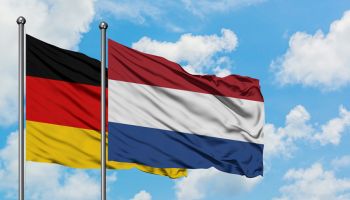 While Germany boasts the largest economy in the European Union, it no longer boasts the title of the most competitive country in Europe according to the World Economic Forum ranking. That title now belongs to the Netherlands.

The Netherlands rose to fourth in the world behind Singapore, the United States and Hong Kong. It even edged out Switzerland which has a unique status within Europe and has long been known as a dominant domicile for banking. The ranking includes over 140 countries worldwide and is judged by more than 100 categories and 12 themes.

The Netherlands had its strongest marks in ICT adoption and infrastructure, but the report praises the country’s consistent marks across the board including its “macroeconomic stability”. However, the Netherlands may also benefit in the rankings due to the struggles that Switzerland has had in the banking sector, and Germany’s overall performance including its labor market struggles over the past couple of years. The Netherlands also scores well on technology innovation and a diverse economy.

The Netherlands is home to some powerful banks that include ING, ABN Amro Bank and Rabobank. It was reported earlier this year that ING was in talks with Deutsche Bank for a merger, but the ailing German bank proposed that ING move its headquarters to Germany which abruptly ended the discussion.

The banking industry in the region is one of the leaders in sustainability. The country is also home to several large corporations that include Phillips and Shell. While the ranking did not highlight the effects from Brexit, it is likely the Dutch could benefit from corporates moving headquarters or their European operations to countries proficient in English such as the Netherlands and other Northern European countries.