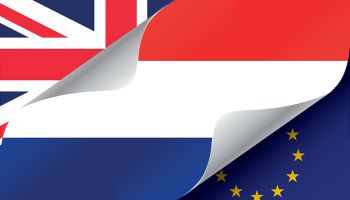 This week, the foreign investment agency for the Netherlands stated that almost one hundred new companies have come to the Netherlands directly due to implications surrounding Brexit.

Half of the companies are shifting their main operations from the United Kingdom, and the others are Asian and United States based firms that are setting up a Dutch base of European operations instead of a United Kingdom base.

In addition to those businesses, the agency said that there are several hundred more in the pipeline. With banks and other financial institutions having to take more time to make a decision, it is likely the momentum will continue to shift.

Corporations, including banks, have commented that the Netherlands and the Nordic countries of Europe have a particularly appealing workforce because they are very comfortable doing business in English. While Ireland is obviously the country in the European Union with the strongest English-speaking population, Northern Europe also benefits from being on the continent.

As reported by NL News, Jeroen Nijland, the head of NFIA stated, “Brexit undeniably has economic implications for international business, because they do business everywhere in Europe.

The ongoing growing uncertainty in the United Kingdom, and the increasingly clearer possibility of a no deal, is causing major economic unrest for these companies. That is why more and more companies are orienting themselves in the Netherlands as a potential new base in the European market.”

The Netherlands has always been an appealing draw for the financial sector attractive for companies in the financial sector, and the next wave of moves will likely come within the banking industry. It takes more time to move large operations. However, Japanese investment bank Norinchukin, and financial service provider MarketAxess have all announced the move from the United Kingdom to the Netherlands.

While the cost of Amsterdam is comparable to London, companies are also considering other Dutch cities such as Rotterdam and The Hague, siting a highly educated workforce and easy access to other European cities.