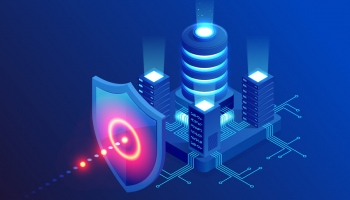 The financial conditions of the banking system remained strong and improved during the first half of 2021, despite lingering concerns, the Federal Reserve (Fed) found in its latest supervision and regulation report.

According to the Fed, as the economic recovery from Covid-19 continued in the first half of the year, banks saw early signs of loan growth emerging, along with falling delinquencies and forbearances, and an increase in profitability.

The average net interest margins remained low across the industry, due to persistently low interest rates though the Fed notes that banks have also seen growth in noninterest income which has helped to compensate for the lack of growth in NIM.

The Fed flagged cybersecurity and operational resilience as supervisory priority for large institutions in particular. It said that “cyberattacks have increased significantly since the onset of the COVID event,” particularly those that use ransomware.

The report emphasized the importance of “cyber hygiene” including IT asset management, vulnerability management and patch management, along with proactively identifying and mitigating cyber threats.

The Fed also said that supervisory activities are beginning to return to pre-pandemic approaches, as several pandemic-era flexibilities have been allowed to expire and normal bank examinations resume.

In the future, the Fed intends to adopt a “hybrid” approach to exams, which will involve both on-site and off-site examiners.