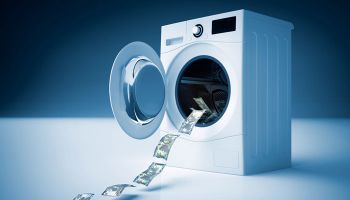 If you’ve never been an apartment dweller, you may not appreciate this. But, trust me, it’s a big deal. A company called PayRange Inc., sent out a press release announcing that it can now provide mobile pay service to virtually every coin operated laundry machine manufactured in the last 20 years.

Stay with me on this a little longer.

What that means is no more hoarding quarters to feed into the machines to do laundry. As often happens on a big laundry day, you inevitably come up one or two quarters short to finish the job. This means dumping your wet clothes on a laundry room table because two other people are waiting for the machine. Then you have to either beg or borrow quarters from a neighbor or head out to some local retailer open at night or on a weekend to get the precious quarters (usually requiring a purchase).

So long to all that

As the press release states, consumers have given mobile pay for laundry rave reviews—which I totally believe without even seeing them—and property owners are experiencing a lift in usage. Not stated, but possibly another benefit, is that the machine operators have lower coin-handling costs as well.

PayRange and its like have done for apartment dwellers what toll-pay fobs (EZ Pass around here) did for drivers and what card-accepting parking meters did for people needing to park. The company, based in Portland, Ore., also has mobile-pay applications for vending machines and arcade games.

By the way, I’m not advocating eliminating coins—or currency for that matter. If that’s how things go, so be it, let the marketplace speak. But I think that’s probably a ways off, although I can see fewer coin denominations in my lifetime. But as we Baby Boomers take our final bows from the Earthly stage, yielding to the Venmo generation, the whole need for cash may evaporate—and rather quickly.

When the right button is pushed…

Here’s the more important point, one that bankers should keep in mind as they decide how to respond to a world that’s already well along into the digital era: For every six, nine, or 13 digital ideas that flop, one will resonate and succeed. Whether it’s PayRange or a way to digitally take out the garbage (still waiting) it just intuitively clicks and makes something onerous easier.

Sometimes, the “click” takes time. When Apple Pay debuted I upgraded to a newer iPhone so I could try it out. The setup wasn’t too bad and I was excited to use it a couple of times at a Walgreens near my office. But since then I haven’t used it much even though the number of places where it is accepted has steadily grown. I have found that for me it’s just not easier or faster to pay with the phone than with a debit card or cash.

If I still used coin-operated laundry machines, however, I can tell you I’d be using Apple Pay with a PayRange-equipped machine every time!

The day may come when I feel the same about Apple Pay Cash, the P2P function just launched. Again, it’s a cool feature that I’d love to try, but so far I just don’t have much need to be exchanging casual money among friends or colleagues. At a pizza night-out last weekend, the bill came and it was easy to simply fork over a $20 bill to the person who was paying. Maybe for my son and his friends it’s a different story.

Banks can’t wait for an invitation

Either way I have no doubt that—absent a cataclysmic cyber ice age shutting everything down—at some point an everyday need will make me, a Boomer, a regular mobile P2P and P2B user.

So if you’re a forward-looking banker (which is the only way to be), you must be certain your team and/or your vendor partners are ready for when digital payments of all types really ramp up. It will happen quickly when it does happen—too fast to wait to start then.

Tagged under Payments, Blogs, Mobile, Like It or Not, Feature, Feature3,

More in this category: « This dangerous dance… “Sticky” for the right reasons »
back to top