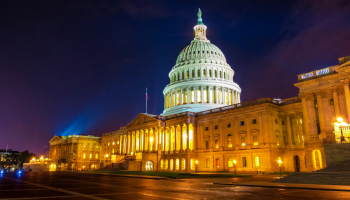 The American Bankers Association (ABA) has joined a coalition of business trade groups in a letter to House and Senate leaders urging them to reject a Biden administration proposal that requires financial institutions to report information about gross inflows and outflows of all accounts above $600.

The proposal was first floated as a way to shrink the so-called “tax gap.”

Trade groups have emphasized that regardless of the threshold, the proposal would create significant privacy concerns, increase tax preparation costs for both individuals and small businesses, and create operational challenges for financial institutions.

The groups wrote: “Lawmakers must fully understand the breadth of taxpayers who would be receiving a new form from their financial institution—almost every American who has a bank or credit union account and has gross inflow and outflow of at least $600.

“While recent proposals suggest that increasing the de minimis threshold to $10,000 is less objectionable, this is a flawed assumption and will not significantly reduce the scale of this new IRS program.”

Along with the letter, the groups also included a supplemental document refuting some of the claims being made about how the provision would affect taxpayers and financial institutions.

As Congress moves closer towards finalizing a budget reconciliation package, the ABA continues to urge banks and their customers to contact their members of Congress to express their opposition to the tax reporting proposal.

In September, the regulatory body opposed the tax reporting proposal as it could “undermine financial inclusion efforts.”

It raised several consequences for individuals and business taxpayers, with data privacy and data security concerns raised as significant issues.

Alongside said this, the ABA said the additional reporting requirements would be “massive, unmanageable and of questionable relevance to the calculation of taxable income”, and would create a significant compliance burden for the nation’s community banks.

Following this, the trade body urged bankers to oppose the plan. It said that bankers should take “immediate action”.

In an article defending the proposal, Natasha Sarin, deputy assistant secretary for economic policy, said that the proposed reporting requirements would not “impose any burden on taxpayers whatsoever”.

She said that the proposal aimed to “bring about an end to a two-tiered tax system, where ordinary Americans comply with their tax obligations, but many high-end taxpayers do not”.