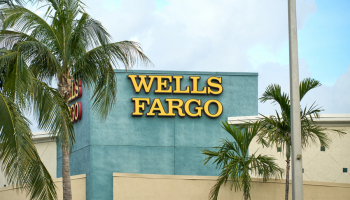 Wells Fargo faces a $250 million fine from the Office of the Comptroller of the Currency (OCC) in relation to deficiencies in its home lending loss mitigation program.

The OCC announced the action last week, making it the latest in a series of heavy regulatory fines faced by the bank.

The regulator said the bank failed to set up a sufficient loss mitigation program for its mortgage lending business. Michael Hsu, acting comptroller of the currency, called the breaches “unacceptable”.

In addition to the fine, the OCC has demanded that Wells Fargo take “broad and comprehensive corrective actions” to improve the execution, risk management and oversight of the bank’s loss mitigation program.

Until it does so, it will not be allowed to acquire certain third-party residential mortgage servicing business, the OCC said. It also called for the bank to ensure that borrowers are “not transferred out of the bank’s loan servicing portfolio until remediation is provided, except as required by an investor pursuant to a contractual right”.

Hsu added: “The OCC will continue to use all the tools at our disposal, including business restrictions, to ensure that national banks address problems in a timely manner, treat customers fairly, and operate in a safe and sound manner.”

In response to the announcement, Charlie Scharf, Wells Fargo’s CEO, said: “Building an appropriate risk and control infrastructure has been and remains Wells Fargo’s top priority. The OCC’s actions today point to work we must continue to do to address significant, longstanding deficiencies.”

He added that progress on addressing regulatory and compliance issues would “not follow a straight line” given the size and complexity of some problems.

“We are managing multiple issues concurrently, and progress will come alongside setbacks,” said Scharf. “That said, we believe we’re making significant progress, the work required is clear, and I remain confident in our ability to complete it.”

Scharf also highlighted that a regulatory notice issued by the Consumer Financial Protection Bureau (CFPB) in September 2016 regarding its retail sale practices had expired, which he said was “representative of progress we are making”.

He added: “We have done substantial work designed to ensure that the conduct at the core of the consent order – which was reprehensible and wholly inconsistent with the values on which this company was built – will not recur.”

The OCC penalty will be paid to the US Treasury.

While not the biggest fine in banking history, the $250 million penalty follows a 2012 fine totalling $25 billion levied against five banks, including Wells Fargo, for alleged foreclosure processing abuses.

A year later, the bank was among 13 that collectively paid $9.3 billion to settle similar foreclosure-related abuses.