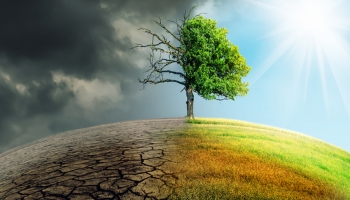 The private sector has “done a great job” in the move towards a global standard for climate related-financial disclosure, according to Mark Carney – but is up to the public sector to “bring it in”.

Carney, the United Nations’ (UN) special envoy for climate action and finance, said transitioning the global economy to clean energy was not a “flip [of] the switch”, and required concerted efforts on an international level.

Speaking to Lance Uggla, chair and CEO of IHS Market, as part of its CERAWeek energy conference on June 1, Carney said that data-driven approaches to assess corporate environmental, social and governance (ESG) commitments was thought about in two main ways.

“One of them is the Task Force on Climate-related Financial Disclosures (TCFD) and just trying to get as global as possible a standard for climate related-financial disclosure and flipping that from what is a private sector initiative which has got $140 trillion of balance sheet behind it now between the asset managers and banks,” the former Bank of Canada and Bank of England governor said.

He added: “It gets to the heart of ESG and the components of what drives it and how different institutions will want to use data.”

“Most people know well that these energy transitions tend to take a long time. You've got installed base and it's marginal costs not average cost that's driving it,” he told Uggla.

“Hydrocarbons will be here for some time, without question, and that's why it's important to have a transition as opposed to as flip the switch from A to B—and we spent a lot of time emphasizing that.”

Carney also discussed international cooperation to address global climate issues at the IHS Markit conference, following the decision by the US to withdraw from the Paris Climate Agreement.

Carney said it is now the “China-EU dynamic” and added, “the question is: will there be similar levels of ambition?”.

Speaking at a separate event in the UK earlier this month, Carney also praised corporates and the financial services sector had “jumped ahead” of government on the issue of climate change, adding that those companies with a dedicated strategy would be “rewarded”.

In his keynote address to the UK’s Personal Investment Management & Financial Advice Association, he told delegates: “This is not a passive investment strategy, you need the information but you also need the judgements around it. So yes, I do think the industry is leading and I think the public will soon jump a bit ahead of us as well.”

He flagged the progress that had already been made following a couple of reporting cycles under the parameters outlined by the TCFD, with disclosures being refined to ensure consistency for the end user and that the next step would be to make those disclosures mandatory.

“From a demand side, the demand for this type of disclosure is very high. We’re talking about companies with huge balance sheets,” he said, adding that “banks want it, insurance companies want it, the ratings agencies want it”.