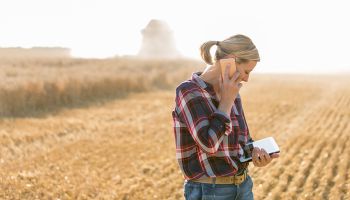 Why wouldn't a farmer equipped with the latest ag tech want the latest in bank tech? Don't fall for stereotypes, warns Next Voices blogger Kelsey Neisen.

As an employee of a consulting firm helping clients throughout the nation, I encounter a large number of unique community financial institutions with varying business models and customer bases.

My firm sees rural banks that cater to farmers and ranchers. Urban banks that focus on attracting small family businesses. And some “in-betweeners” who specialize in a little bit of everything.

Despite their differences, all of them have one thing in common: They think they know their customers.

Most of the financial institutions we encounter do know their customer base. It’s rare that we meet a client who knows absolutely nothing about their organization’s patrons. That’s great.

But it’s when banks decide, “Oh, our customers don’t need that!” where we run into trouble.

“Wonderful, but not for my customers”

Recently, I attended a vendor’s annual conference where I moved around the Exhibit Hall learning about their product and speaking with their specialists. I stopped at a booth displaying the vendor’s mobile banking application. I overheard a banker exclaim, “I don’t think our customers want that!”

Now, I thought I had a pretty poor poker face, but that mobile banking specialist’s features twisted like she had just tasted something foul.

She managed to smile and recover her composure, then proceeded to ask why the banker thought his customers didn’t want mobile banking.

“Well, our customers are farmers and ranchers,” the banker said. He waved his hand at the mobile banking display. “They don’t want all this techy stuff.”

Back on my family farm…

I was raised on a farm in an agricultural community with a population less than 2,000.

Many of my classmates continued to farm after they completed their schooling. Most of these young people will take over their family’s farm when the “old boys” retire.

They use smartphones. They use social media frequently. They use Snapchat and Instagram, and they probably play games on their phone while their tractor is driving itself around the field until they have to look up and make a turn.

Heck, my own father, a steadfast man over 50, uses his smartphone to check the weather and latest grain prices. My sister used to read books on a smart device while haying because the tractor practically drove itself!

So, what sort of logic would lead a banker who is serving farmers and ranchers using technology such as telematics, real time kinematic (RTK) navigation systems, and ag-specific mobile apps to believe that his customers don’t want mobile banking?

I think that this particular banker was stuck on an unfortunate stereotype. This entails the belief that farmers, ranchers, and other people working in agriculture are hard-headed, stubborn sorts who reject “new-fangled” ideas and technologies and cling to the past like a tick on a dog.

Seriously, are you really going to suggest that people who drive around gigantic, incredibly complex computerized machinery and fully embrace the mantra “work smarter, not harder” will reject the ability to bank from the comfort of their own tractor?

But it’s not just a “country” problem

Rural financial institutions are not the only stereotype offenders, though.

• We’ve met bankers who believe their millennial customers don’t want anything to do with home ownership, so they don’t bother speaking with them about mortgages.

• Some think their elderly clients will reject modern conveniences like mobile banking and remote deposit capture. (Have they never seen senior citizens multitasking on an iPad?)

• Others believe that Generation Z (the generation following Millennials) won’t use banks at all, so don’t consider them as potential future customers and focus on their parents and grandparents, instead.

And it’s not just financial institutions

While discussing the subject of this article with my co-worker, she mentioned that vendors apply stereotypes to the financial institutions they serve, as well.

More than once she has heard the words, “Oh, they don’t want that, do they?” when discussing a small community financial institution’s technology upgrades.

Vendors often neglect to inform their smaller clients about new products and tools because the vendor feels they are wasting their time and are unlikely to make a sale.

Unfortunately, it often falls to the bank to poke and prod at their vendor to tell them about new products and technology upgrades. And the vendor will frequently charge for simply upgrading an older product! Many banks understand how frustrating it can be to be considered too small or too rural to want contemporary products and applications.

So why would you do that to your customers?

Get to really know your customers

Go ahead, get to know your customers—really know them.

Don’t assume they do or don’t want access to a particular product because you think they’re too young, too old, or too set in their ways.

Placing stereotypes on your customers is an excellent way to lose them to the competition down the road who decided they were going to implement mobile banking for their farmers and ask their millennials about a home loan. 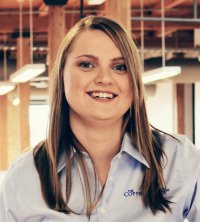 More in this category: « 6 steps to take away from extinction 3 skills to look for in your next hire »
back to top