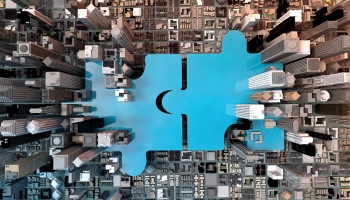 Southern Missouri Bancorp is to acquire Citizens Bancshares in a deal worth $140 million, the companies announced this week.

Greg Steffens, chairman and CEO of Southern Missouri, said Citizens would be “a great addition to our continued growth” as well as enhancing the group’s offering in Missouri.

Roger Arwood, president and CEO of Citizens, added that the deal “provides an opportunity for Citizens to join forces with a growing organization, while remaining committed to community banking”.

The deal is expected to be completed during the first quarter of next year, subject to shareholder and regulatory approvals.

Meanwhile, several mergers and acquisitions have been approved by regulators in the past two weeks

Texas banking groups Allegiance Bancshares and CBTX have been given the green light for their planned merger, first announced in November last year. The deal is expected to be finalised on October 1, after which the combined company will be renamed Stellar Bank.

As part of the conditions of approval, the Federal Deposit Insurance Corporation has requested that the combined company put in place an action plan to improve its mortgage lending to African American borrowers.

Allegiance chairman and CEO Steve Retzloff said: “After months of collaborative planning, we are dedicated to ensuring a successful integration of our two outstanding financial institutions.”

Kansas-based Community Bancorp and its subsidiary Community National Bank & Trust have received regulatory approvals for the acquisition of Quarry City Savings and Loan Association in Missouri.

The transaction — worth approximately $10 million — is now expected to be finalised on September 23.

Denver-based National Bank Holdings Corporation has received regulatory approvals for its acquisition of Bancshares of Jackson Hole and its subsidiary Bank of Jackson Hole. The deal is expected to be finalised in early October 2022.