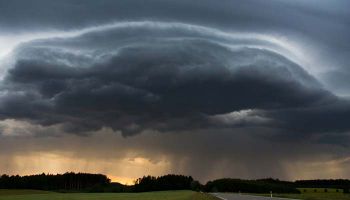 A bank-Amazon teamup has many bankers concerned about the future, but that's not the only worry they have, according to a new poll from Promontory Interfinancial.

While they have some traditional worries on their minds—notably funding and loan growth—simply the potential of competing against an Amazon-bank partnership may be behind a significant shift in an industry confidence indicator maintained by Promontory Interfinancial Network, LLC.

The firm’s Bank Confidence Index, computed quarterly, fell to its lowest level in the three years that Promontory has tracked it. The index, measured on a scale of 100, dropped 4.8 points in the first quarter, to 45.7 from 50.5. Promontory considers 50 the line between contractionary feeling—below 50—and expansionary feeling. The research is conducted among community banks.

The index is based on the company’s Bank Executive Business Outlook Survey. It includes both experience measures—deposit competition, loan demand, funding costs, and access to capital—and overall confidence measured along the same four categories. The latest survey included results from just over 300 community banks’ CEO, presidents, and CFOs.

As shown in the bar chart below, the survey found that Amazon came out as the greatest competitive threat in bankers’ minds, ahead of fintechs, the nation’s large banks, and Goldman Sachs, selected as a factor for the poll because of the “Marcus” retail bank it branded in 2016.

While no details about the rumored Amazon-JPMorgan Chase effort have come out, bankers appear to be significantly worried.

“Amazon is knocking out the competition left and right,” says Paul Weinstein, senior advisor at Promontory and the internal director of the quarterly project, in an interview with Banking Exchange. While competition from major banks remains a factor, he explains, community banks have been dealing with that source of competition for decades. He noted that the confidence index dropped in spite of the generally positive tone of much current economic news.

Even among the banks sampled, over five in ten see improved economic conditions over the next 12 months. However, this was a bit off the survey for the final quarter of 2017, when 65% expected improvement.

While the Amazon factor may be very significant, Weinstein says that community bankers “seem to think there are threats out there to their core business.”

In the area of loan demand, for example, 51% of bankers reported an increase in loan demand, up four percentage points from the first quarter of 2017.

However, optimism for the next 12 months is off. The survey found that 53% of banks surveyed expect that loan demand will rise. By contrast, 64% of the first quarter survey sample expected improvement—indicating a drop of 11 percentage points.

Pessimism proved greatest in the Northeast, where only 37% of respondents expect improvement in demand. That’s substantially off from the 64% in the region who expected an increase in the survey for the last quarter of 2017. 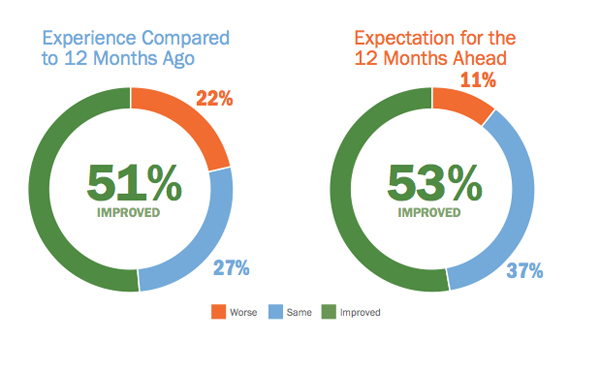 Wrangling in the dollars

In the area of deposit competition, expectations for increasing rivalry continued to climb. Across the sample 88% of the bankers expect competition to worsen in the 12 months ahead, versus 80% in the last quarter of 2017.

Among the under $1 billion banks, 87% expect deposit competition will increase (versus 80% in the previous report). Among the larger banks, 95% anticipate tougher competition, up from 85% in the earlier survey. 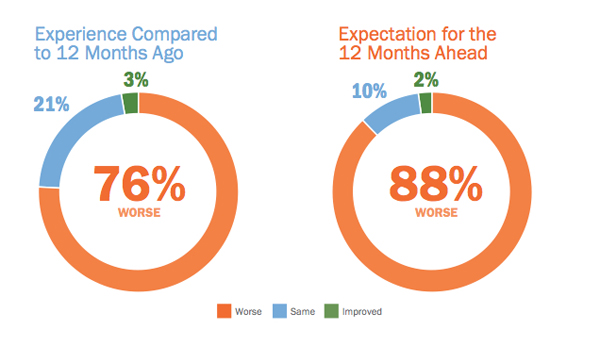 The costs of funding, overall, are broadly expected to rise in the next 12 months, with 92% predicting higher costs, up from 89% in the previous quarter. Among the large banks, 98% see increasing costs ahead. Nine in ten of the smaller banks made the same prediction.