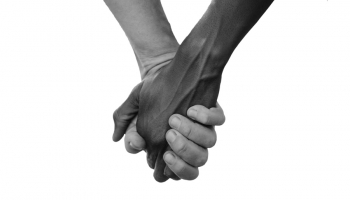 Banks and financial institutions have taken actions to help address inequality in recent weeks, in the wake of protests and campaigns across the US.

Many banks closed their branches early on Friday in recognition of Juneteenth, but several also chose to highlight how they were attempting to improve diversity and opportunities for minorities.

US Bank’s chief diversity officer Greg Cunningham wrote a heartfelt blog for the bank’s website describing his own experiences with racism, but also his bank’s work on positive actions.

“This has been a painful reawakening of something I have dealt with my entire life,” Cunningham said of the protests over the death of George Floyd and others.

“It has also, however, given me energy through a personal sense of obligation coupled with a professional sense of outsized responsibility because of my role. Understanding fully that a chief diversity officer must drive action, my focus has been in moving forward immediately in three primary areas.”

He called for companies to have an “intentional focus on advancing black leaders”, and place equal value on their contributions. “We are making progress but need to continue to improve in this area,” he said.

“As bankers, we are trained to examine such dilemmas, challenge common assumptions and create solutions,” Cunningham said. “So, we have convened a cross-functional group of leaders from across the company to determine how we can act most effectively to impact these outcomes locally and nationally.”

Finally, Cunningham underlined the importance of corporate leaders at all levels being “active in denouncing systemic racism and acknowledging privilege”.

“As we collectively focus on listening over the coming days, weeks and months, we will work to transform these three areas from words to actions,” he concluded.  His full blog can be found here.

US Bank has pledged to invest in and support the local communities in which it operates. It announced a $15 million fund set up by the US Bank Foundation to award grants “dedicated to addressing systemic economic and racial inequalities in small business, affordable housing and workplace development”.

It also promised to double its partnerships with African-American suppliers within the next 12 months, as well as providing “$100 million annually in capital to African-American owned and led businesses or organizations”. The bank also pledged to make changes to its talent management strategy to “develop and promote” people of color to senior roles.